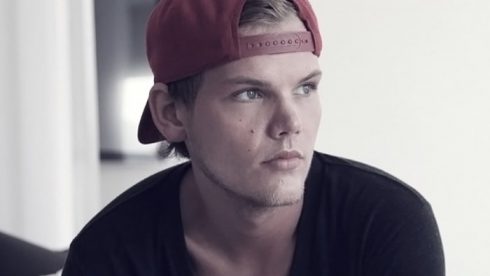 World famous electronic music DJ and producer Avicii, real name Tim Bergling, was one of two celebrity deaths linked with severe and acute alcohol abuse this week. Both 28-year-old Avicii and 49-year-old Verne Troyer suffered from the pressures of fame and mental health struggles and both sought release in extreme alcohol intoxication.

A trailer for a documentary about Avicii, called True Stories, highlights the health and mental problems the limelight presented for Tim.

Avicii’s friend DJ Laidback Luke spoke with People about what his friend was going through.

“[Avicii] was totally thrown into this. All he wanted was to make beautiful music,” Luke says about his late friend, who Luke once mentored. “2015 was the last time I saw him face to face, and I remember there wasn’t much Tim left. Tim looked to me kind of like a zombie. He had aged significantly. When I saw him perform, it was as if he wasn’t in touch with life anymore.”

Soon after that, Avicii stepped away from his career to focus on his health. 26 is a young age to retire, but the ravages of alcohol on Tim’s body already threatened his life. It’s still not known what caused his untimely death on April 20th, but Tim had been hospitalized in the past for pancreatitis. Sometimes pancreatitis, a condition of having an inflamed pancreas, is acute; sometimes it is a chronic condition. But alcohol use can both cause and aggravate the condition.

At one time, Avicii was the 6th highest paid electronic DJ in the world, earning $19 million a year. That kind of money came with a steep price. His health started to decline in 2014 when he had his appendix and gallbladder out. By the time he was ready to step away from the constant strain of the live electronic music scene, Avicii felt had no time to himself for “life of a real person behind the artist.”

“WE ALL REACH A POINT IN OUR LIVES AND CAREERS WHERE WE UNDERSTAND WHAT MATTERS THE MOST TO US,” Avicii posted on his website, discussing his move away from the public eye. “For me it’s creating music. That is what I live for, what I feel I was born to do.”

Tim’s family released a statement to the public in response to the huge outpouring of grief and love they’ve received since news of Tim’s death hit:

We would like to thank you for the support and the loving words about our son and brother. We are so grateful for everyone who loved Tim’s music and have precious memories of his songs.

Thank you for all the initiatives taken to honor Tim, with public gatherings, church bells ringing out his music, tributes at Coachella and moments of silence around the world.

We are grateful for the privacy during this difficult time. Our wish is that it continues that way.