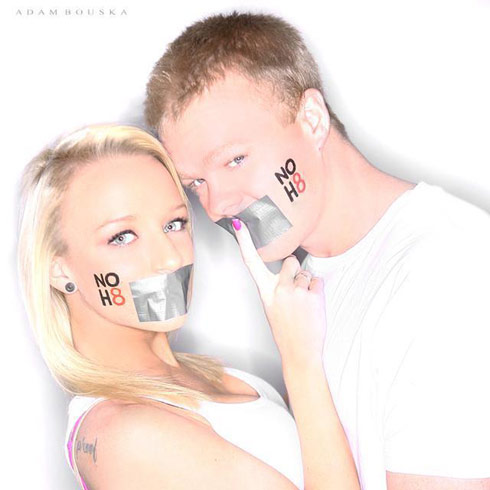 Maci and Kyle King got back together this summer. During a teaser for the Teen Mom finale reunion special it sounds like Maci tells Dr. Drew that Kyle cheated on her, but we’ll have to wait to see what that means.
.

UPDATE: To everyone holding out hope that Maci and Kyle are still together, Maci confirmed the split herself during one of her speaking engagements. Here’s Maci quoted and paraphrased by her Facebook fanpage:

For everyone wondering WHY Maci & Kyle broke up, Maci said this to fans at Slippery Rock University: She said she didn’t think Kyle/the relationship was right for her anymore, & that she only likes having to worry about herself & Bentley. That is very mature & shows what a caring mother she is! Her & Kyle remain friends & he did finally get to see Bentley-they all went bowling. The break-up has been hard on Kyle because he misses Benny so much, but Maci doesn’t want to confuse Bentley or hurt him so she’s understandably being careful. (Ryan is still dating Dalis & him and Maci are not planning to get back together btw). LIKE this if you agree Maci is doing whats best for her & Bentley and you admire her strength!!

Most Teen Mom fans are well aware the stars of the show are under contract to not talk about things going on in their lives that could potentially be featured as a plot line on the show. That being said, it appears as though Maci Bookout and Kyle King are doing everything within their legal power to let fans know they have split up without actually saying they have split up. (We have an insider close to the situation who also says they’re relationship is kaput. sadz)

The first signs the two were having problems was a reported fight at a California hotel while Maci was there to film an episode of Dr. Drew’s Lifechangers (set to air tomorrow, btw). As we said in our previous post, a hotel security guard reportedly went to the couple’s room to break up and argument when he heard Kyle saying some exceedingly derogatory things to Maci and when the guard entered the room he found Kyle with “his hands on her arms.”

Soon after the hotel incident the usually lovey dovey couple toned down their online affection, before halting their interaction on Twitter altogether on January 30. Since that time Maci has retweeted a number of not-so-subtle hints that she and Kyle are no longer together as well as a few of her own, including a photo of her and Kyle together with the caption “frans” on January 30 in which Maci appears to have a different not-so-subtle message (along with a new hairstyle): 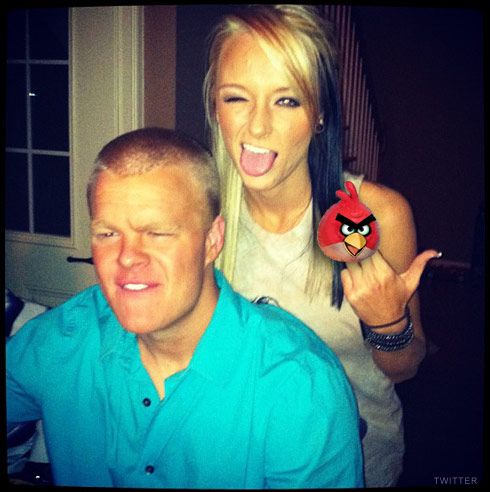 All of this is pretty circumstantial, I know, and we usually try to steer clear of pure rumors and speculation. But, add to Kyle and Maci’s altered online interactions the fact that Kyle is no longer following Maci on Twitter (UPDATE, and now Maci is no longer following Kyle!), Kyle has reportedly changed his personal Facebook relationship status to “single,” and we have a reliable source telling us Maci has moved out and is currently staying with her girlfriends (which seems to be supported by the tweet, “@AshleyDill02 @ktroden @nikkihampstead hurrrrry home yall! me n benny are lonely”), and I think you’ll agree the rumored split is more than likely true.

The frustrating thing is that Maci can’t come right out and say anything, and I’m guessing Kyle King is also under contract, so we won’t know for sure for some time (they probably won’t even address it on Dr. Drew’s Lifechangers show tomorrow, which was taped the day after their reported explosive hotel fight.) If they are in fact broken up, it’s will be a real bummer for most fans of the show because the two seemed to have the strongest relationship of either Teen Mom franchise outside of Catelynn and Tyler. I’ve always been a big fan of Maci and Kyle individually and as a couple, so it will be a real drag if I have to watch them go through a painful break up similar to that of Leah Messer and Corey Simms.

And poor Bentley! Little man him some Ky! But, I suppose that’s why they call this reality television.

UPDATE – We can now add this tweet to the list, in which Maci indicates that she needs a valentine too:

UPDATE – Here’s the photo shared by Kyle King of him and Bentley with the tweet “Make grown man cry.” (Thanks to @caticakess for saving this little bit of Teen Mom history! 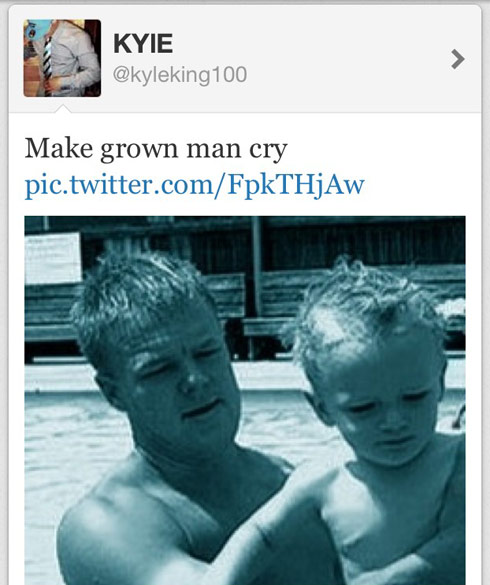 February 8, 2012 Maci tweeted “hahaha well once again the tabloids are wrong…. dont waste your time!” on the day US Weekly released a magazine cover saying that Kyle broke up with Maci. She didn’t say what they were wrong about, so she may be talking about the claim that Kyle broke up with her, (instead of Maci breaking up with Kyle, which may have actually been the case.)

Maci’s Official Facebook page put this up. It’s not run by Maci, but by someone who Maci trusts a great deal:

There are certain things Kyle nor Maci can confirm or deny to you fans/the public. They are both under very strict MTV contracts, so don’t think they are ignoring any of your many questions about the state of their current relationship. In MY PERSONAL opinion, (based on the many tweets/pics posted by Maci & Kyle) it does SEEM like they have broken up, but are remaining good friends. they are not following each-other on twitter anymore as well. I invite Maci to make a post or anything at all on here as she is an admin when she feels ready or is allowed to discus it. Maci needs your support right now, that’s one thing for sure so leave her love, she checks the page more often that you’d think. #Team Maci & Bentley. ♥ ♥