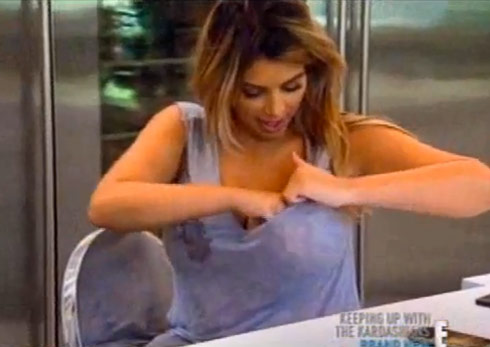 UPDATE – It seems the clip stopped working. Here is another version without the hand sanitizer/Kanye part:

“What the f–k? That weirds me out. For real,” Rob says in the clip.

Kim’s reaction is amazingly calm and more curious than anything. “It’s only on one side. Interesting,” she says.

I will refrain from commenting on Khloe’s Kumye remark.

New episodes of Keeping Up With the Kardashians air at 9/8c on E!

Kanye West and Kim Kardashian are officially husband and wife

Britney Spears is launching a mobile game app with the makers of Kim Kardashian: Hollywood