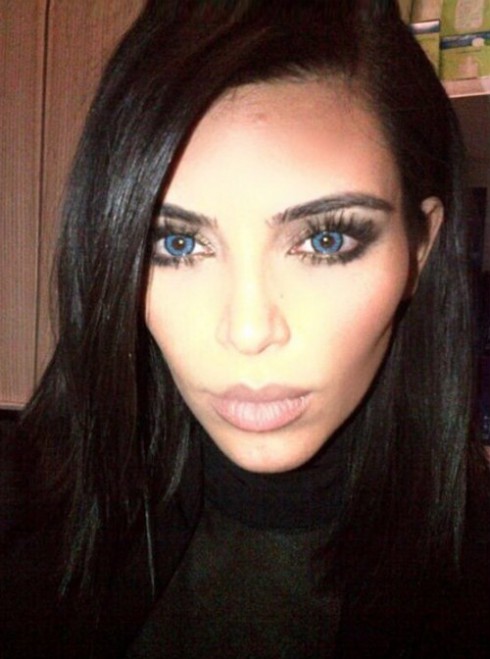 The couple that changes eye colors together, stays together! Kim Kardashian and Kanye West threw caution to the wind with their contact colors during Sunday’s Saturday Night Live: 40th Anniversary Special.

Kim, who was there to support Kanye for his performance, posted the top picture after the epic reunion show and captioned it “wolfie.” Shortly before, she posted a similar picture of Kanye sporting even lighter, less human peepers. 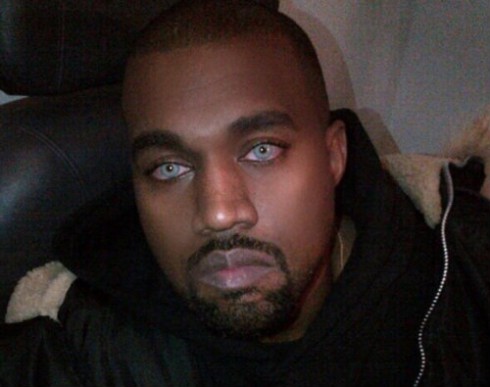 Earlier in the night, Kanye performed “Jesus Walks,” “Only One” and, appropriately, “Wolves.” He started off by laying down with his hands at his side and the microphone was affixed above him before rising to a crouch for the artsy (and/or bizarre) act.

Although Kanye appeared to take his performance very seriously, he was a good sport for the rest of the night — especially when Wayne’s World‘s Mike Myers and Dana Carvey poked a bit of fun at him.

“I think Beck was one of the best, even better than Beyoncé,” Dana joked during a countdown of SNL’s Top 10 when mentioning the musical guests. Then the next spot on the list was revealed to say “Kanye, Sit Down.” Kanye jokingly protested from his seat in the audience before reconciling with Wayne and Garth after the show.