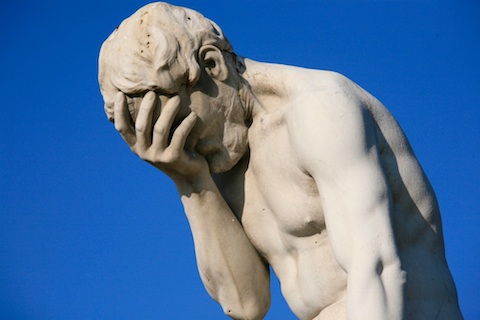 For one brief, shining moment, the tiny hamlet of Pomfret, Vermont was the DUI capital of North America, if not the world.

And it was all thanks to the tireless efforts of one brave, stupid man.

Dwayne Fenalson, 48, has put Pomfret on the map with his tireless efforts. Here’s how it went down.

At 8:36 PM last Sunday, police responded to reports of a car in a ditch. When they arrived, they found two cars–both pickup trucks–waiting for them. Along with one heavily intoxicated man, and an ATV.

Fenalson, while already sauced like a crock pot chicken, drove his pickup off the road earlier in the night. Being a worldly and reliable man, he decided that the best thing to do was to wench his own truck out, without bothering anybody else.

So, he walked home, got his other pickup truck, and drove it back to the ditch…where he promptly got it stuck in the ditch next to the first vehicle.

But Dwayne is an American frontiersman, after all. He’s got more engines at his house than Christopher Nolan has lenses in his fancy movie supply closet. So he simply returned home a second time, got out the ‘ole ATV, and drove that back to the ditch, intending to wench out both of the trucks.

And got the ATV stuck in the ditch as well.

Keep in mind that all this happened well before the figures on the clock had even hit quadruple digits. The Vermont State Police report says Fenalson’s blood was checked at 2130 hours. That’s 9:30 at night–well before the kids are even in bed in most homes.

Clearly, in addition to being a real go-getter, Fenalson is efficient.

Woman pulls gun at drive-thru over missing chicken nugget, is found hiding in her attic