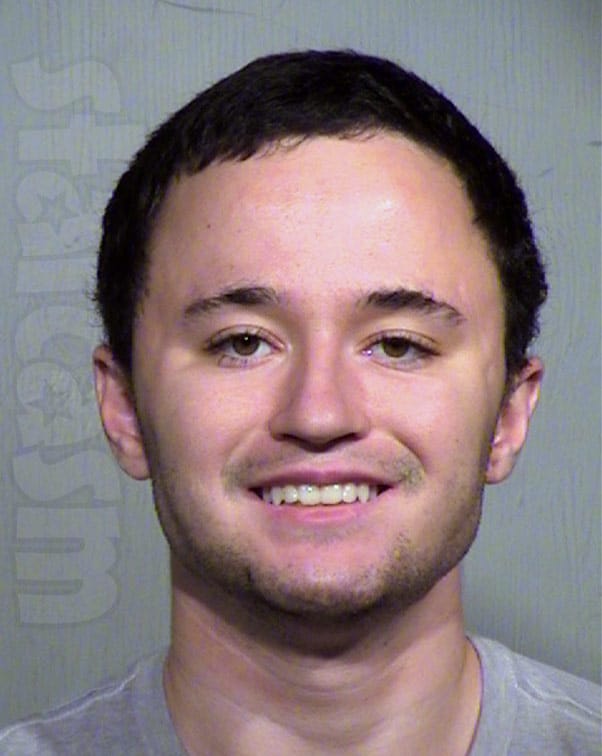 The legal woes continue for Unexpected dad Max Schenzel as he found himself behind bars again in July after getting caught driving on a suspended license.

Max was booked into Maricopa County Jail on July 17 after pleading guilty to the misdemeanor count. The 19-year-old posed for the mug shot photo above and looks to have spent no more than a day in custody.

The July booking is just the latest issue for Max, who has had a horrible six months that include an underage drinking charge, entering rehab, and a currently outstanding warrant for his arrest. But, despite being sentenced in July, the violation is actually from May of last year.

Max was initially stopped just a few blocks from Chloe’s parents’ house on May 7, 2018 at roughly 8:30pm. This was almost exactly one month before Max stole cash and credit cards from his friend’s sleeping 77-year-old grandmother on April 8, eventually resulting in a felony theft conviction.

So why was Max jailed more than a year later? According to court documents, Max failed to appear for three separate court hearings regarding the charge, with the most recent skipped hearing being March 19 of this year. A warrant was issued for his arrest on March 21.

That warrant was quashed on July 17 when Max entered a guilty plea to the charge and was sentenced to one day in jail.

Unfortunately for Max, it looks like his sentencing on the trespassing charge was worse than it could have been because of Max’s failure to pay. Max entered his plea in November of 2017, but there is a failure to pay docket entry on May 17, as well as a new sentencing entry on the same day. And this case may not be over yet because there was a docket entry for a telephone call earlier this month. It’s unclear what the call was about, other than it was related to the case and merited a docket entry.

We will continue to monitor Max’s legal issues and will also continue to update with any new developments. Meanwhile, you can keep up with Max and Chloe’s story as it unfolds on screen with new episodes of Unexpected airing Sunday nights at 10/9c on TLC.

UNEXPECTED McKayla Adkins is engaged, reflects on not marrying Caelan

Reanna and Taron cut from TLC Unexpected, won’t be back when Season 4 returns in March