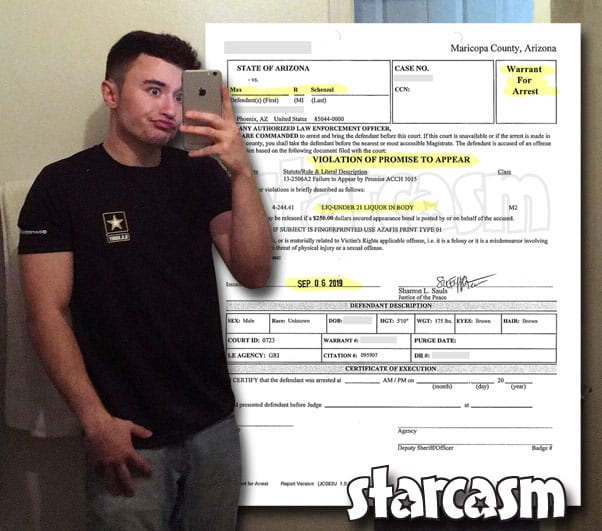 Unexpected dad Max Schenzel currently has a warrant out for his arrest after he failed to appear at a court hearing in August.

Max was scheduled to appear before a judge on August 20 after he was charged for underage drinking at a local casino. According to the police citation, Max was at the Wild Horse Pass Casino in Chandler, Arizona at roughly 2AM on July 4 when he was caught by the Gila River Indian Community Law Enforcement Service. He was 19 years old at the time, but has since turned 20.

I’ve been writing about reality shows for more than a decade, but I have to confess that I am unsure what sort of obligation TLC and show producers have as far as reporting Max if they know his whereabouts. Can they film someone for a reality show with an active warrant out for his or her arrest?

The underage drinking charge is just the latest in a long string of legal issues for Max. The troubled reality star got a rare bit of good news in July when a judge signed off on the Probation Service Center’s recommendation that Max’s pending three-month jail sentence from his felony theft conviction be deleted.

The recommendation seemed strange given that Max had failed multiple drug tests and “admitted that he has been using about once a week since leaving residential treatment on May 22, 2019.” Making the recommendation even more strange is that it was made after Max was charged with underage drinking, but that charge was not even mentioned in the petition.

On the current season of Unexpected, viewers are finally getting a glimpse at how serious Max’s drug issues are. He has been hospitalized numerous times, including one instance in which he passed out while playing video games and the position of his head and neck resulted in the oxygen supply to his brain being cut off. I am guessing that was the incident that Max’s attorney was referencing when Max attempted to get out of his plea deal in January claiming a head injury and memory loss.

According to the documents, the defense alleges that Max “fell and hit his head on or about August 13, 2018,” which was after he initially received a plea agreement offer on August 8, but prior to his acceptance of the plea deal on August 15. The timing is crucial because all of the defense’s legal wrangling late in the proceedings seemed to be focused on trying to get Max out of the plea agreement, not to prove that he was not guilty of the crime.

Normally, someone being cited for underage drinking would not necessarily be a big concern. But, for someone with Max’s history of drug abuse, combined with the fact that he was on probation at the time, it is clearly a huge red flag.

An additional red flag is the fact that Max appears to have been a heavy user of marijuana at a very young age. Here is a photo of his “Woman Crush Wednesday” from December of 2013, which was his bong named Bonshiqua: 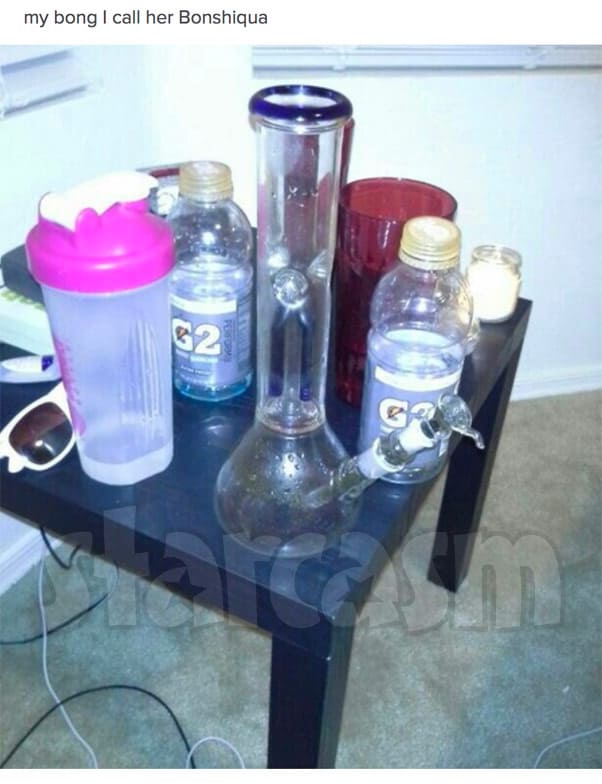 And another photo of Max cheating on Bonshiqua from January of 2014: 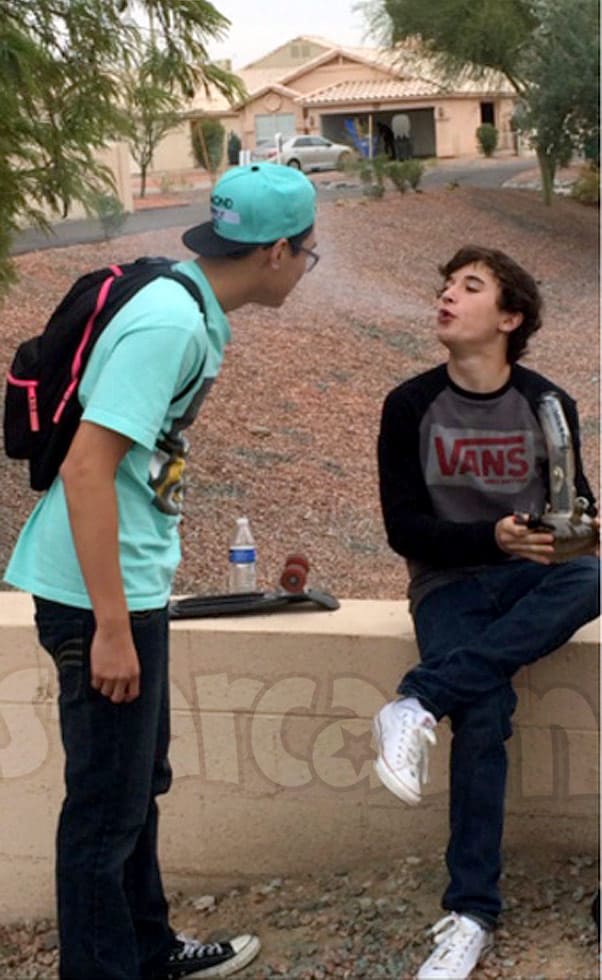 Both photos were posted by Max on social media. He was 14 years old at the time.

You can continue to follow Max and Chloe’s story with new episodes of Unexpected airing Sunday nights at 10/9c on TLC.