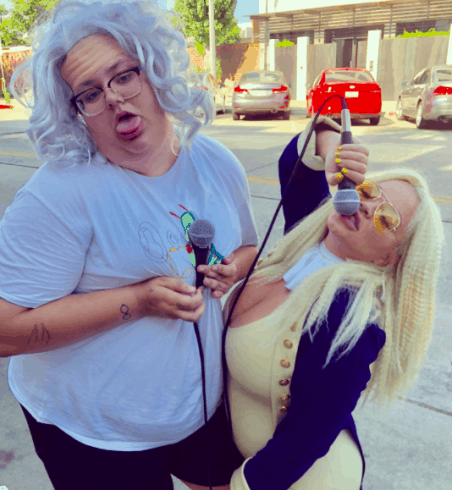 YouTubers Christine Sydelko and Trisha Paytas collaborated on an iconic street performance for the ages: performing a live rendition of broadway smash Hamilton on the sidewalk.

First, the pair filmed themselves preparing for the event by meeting with a Benjamin Franklin impersonator. This part seemed to also be an homage to the episode of The Office where a Ben Franklin impersonator was hired as a stripper, but I could be reaching here. Either, way, this Franklin was flustered by the duo. 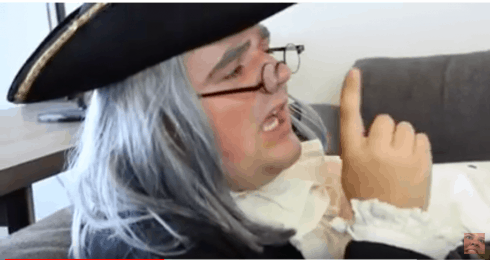 Later, they set up stage on the street and amassed a pretty big crowd while they sang and rapped over a recording of the show while sort-of dressed up in Hamilton-inspired clothes. Christine was decked out in just grey, balding wig. 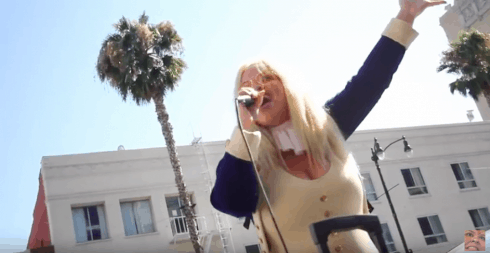 A couple of people tried to interrupt to tell them to quiet down or move, but they were swiftly shut down. Trisha told one of them, “We’ve always stood out here.” 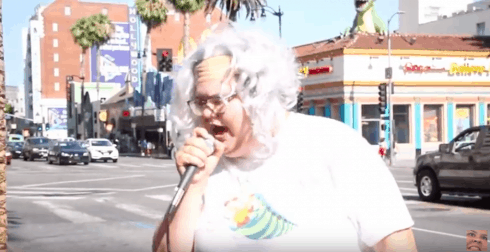 Trisha Paytas reveals she used to be a YouTube feedee, got paid $10k+ to eat on camera