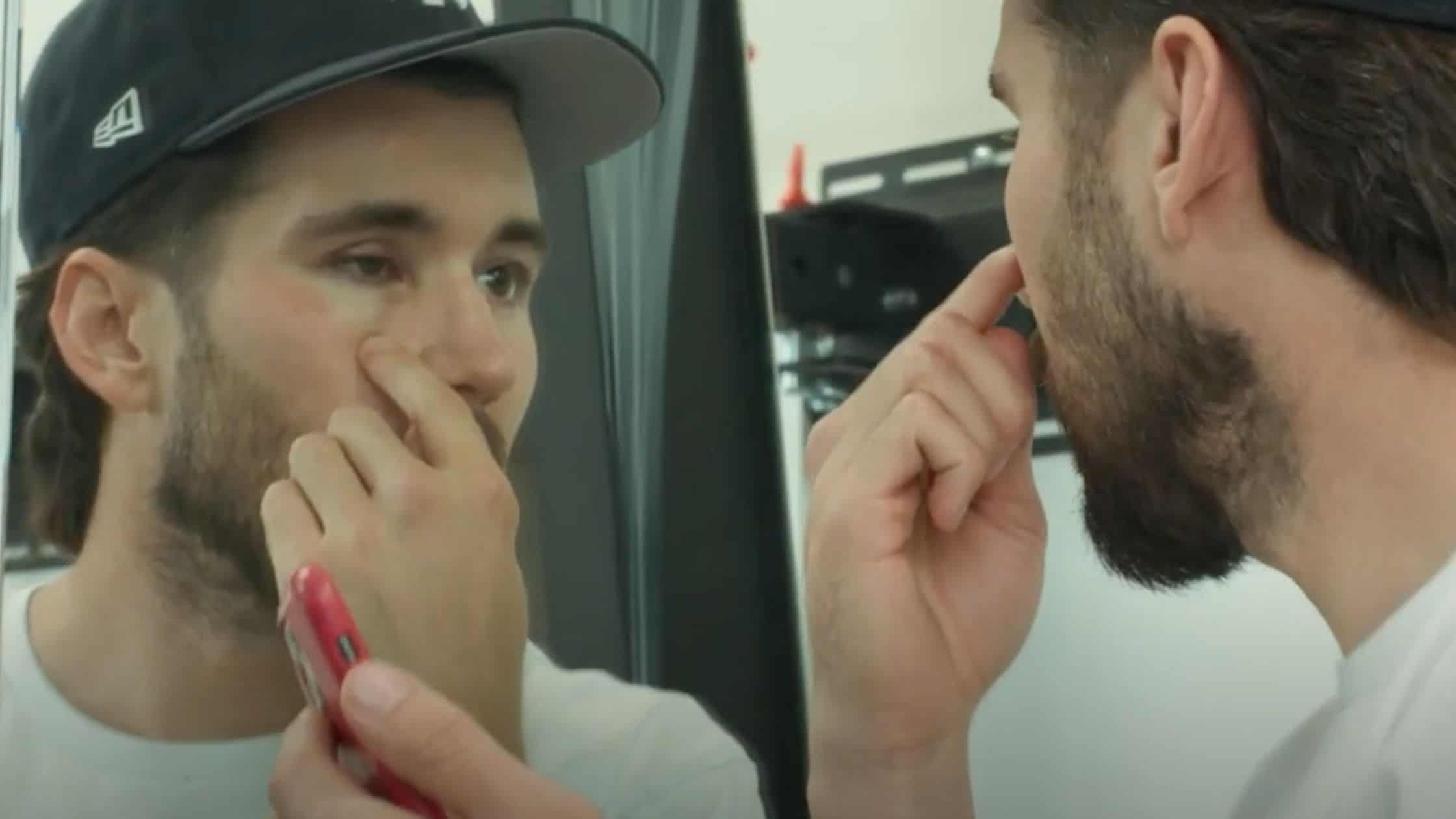 Jeff Wittek has been using his YouTube platform to deliver a multi-part documentary about losing his left eye. Last summer David Dobrik invited his vlog squad team to Utah to take part in excavator stunts in the middle of a lake. David was operating the crane during an accident that resulted in multiple life-threatening injuries. After several surgeries, Jeff was hopeful that he could have normal functioning in his eye, but the final episode that debuted Friday night starts off with the heartbreaking revelation that he’s lost vision and movement in his left eye months after the accident.

The video begins with a harrowing scene of Jeff taking the stitches out of his sewn shut-eye by himself. It’s gut-wrenching enough to watch him do this, but the true let-down is when he’s successfully removed the stitches only to find that he can’t see out of or move his left eye. “I can’t see out of my f**kin’ eye,” he says.

Dejected, Jeff takes a moment to process the revelation that his left eye is blind. His initial thought is that his career is now over, and he lets his employees know that their jobs might be gone as well.

The doctor lets him know that he may have ripped a tendon in his eye and that he needs to undergo yet another surgery. The thought of yet another surgery triggers physical symptoms of anxiety in Jeff. “He’s throwing these things [sugeries] around like it’s haircuts.”

Jeff then calls David Dobrik to tell him the news, and he immediately comes over. The next day Jeff goes into surgery. 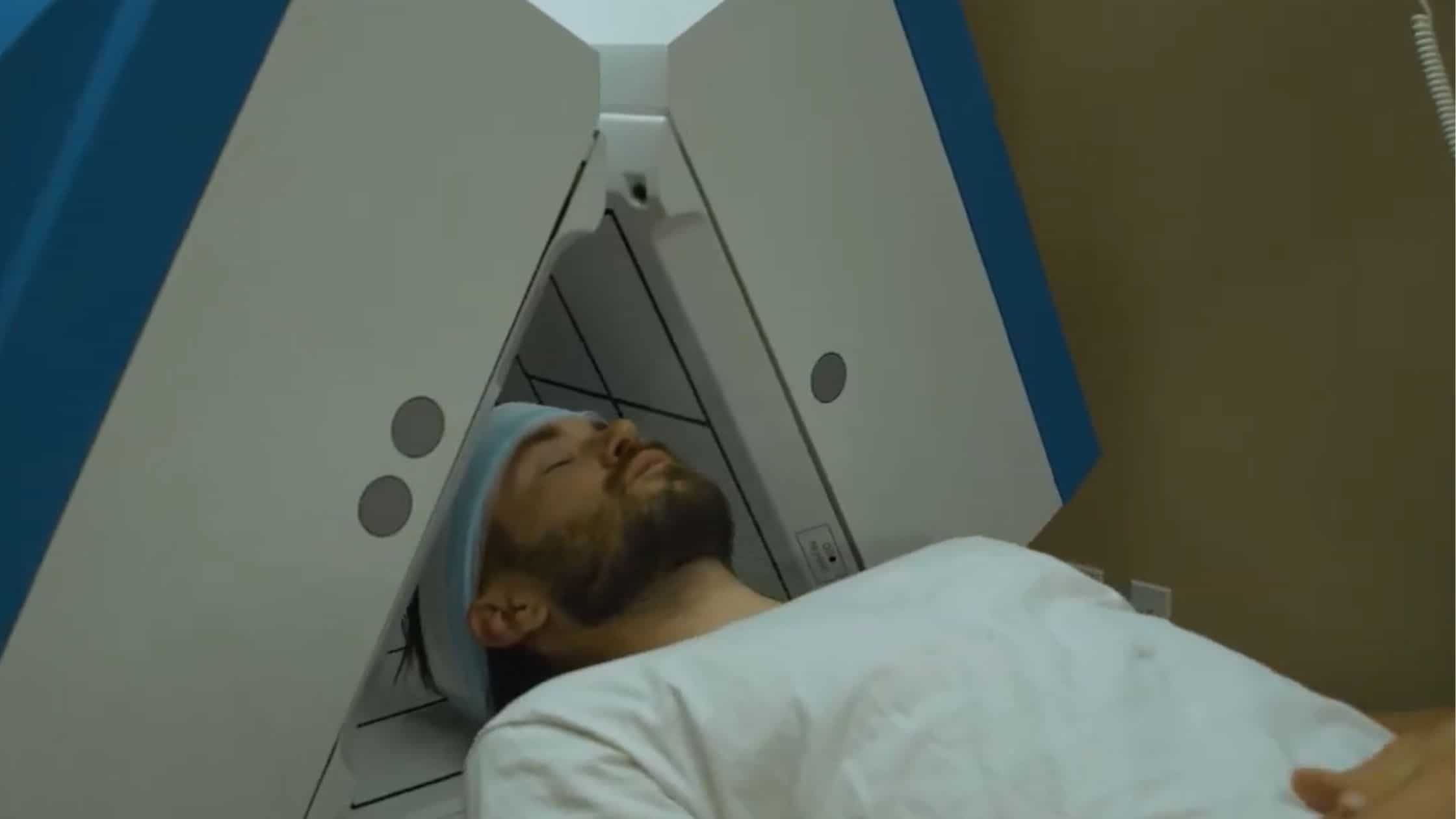 The video then cuts to Jeff’s journey to address his mental health, and the possibility that partially losing his vision isn’t the only lingering effect of the accident. He’s been suffering from major depression and wonders if this might not just be a reaction to his circumstances, but a symptom of a brain trauma

Jeff got a brain scan, and the doctor found significant signs of brain trauma on both sides of his brain that could be triggering his severe depression symptoms.

After these sobering events, Jeff decided to go back to skydiving, which he was doing before the accident that caused his injuries and trauma. 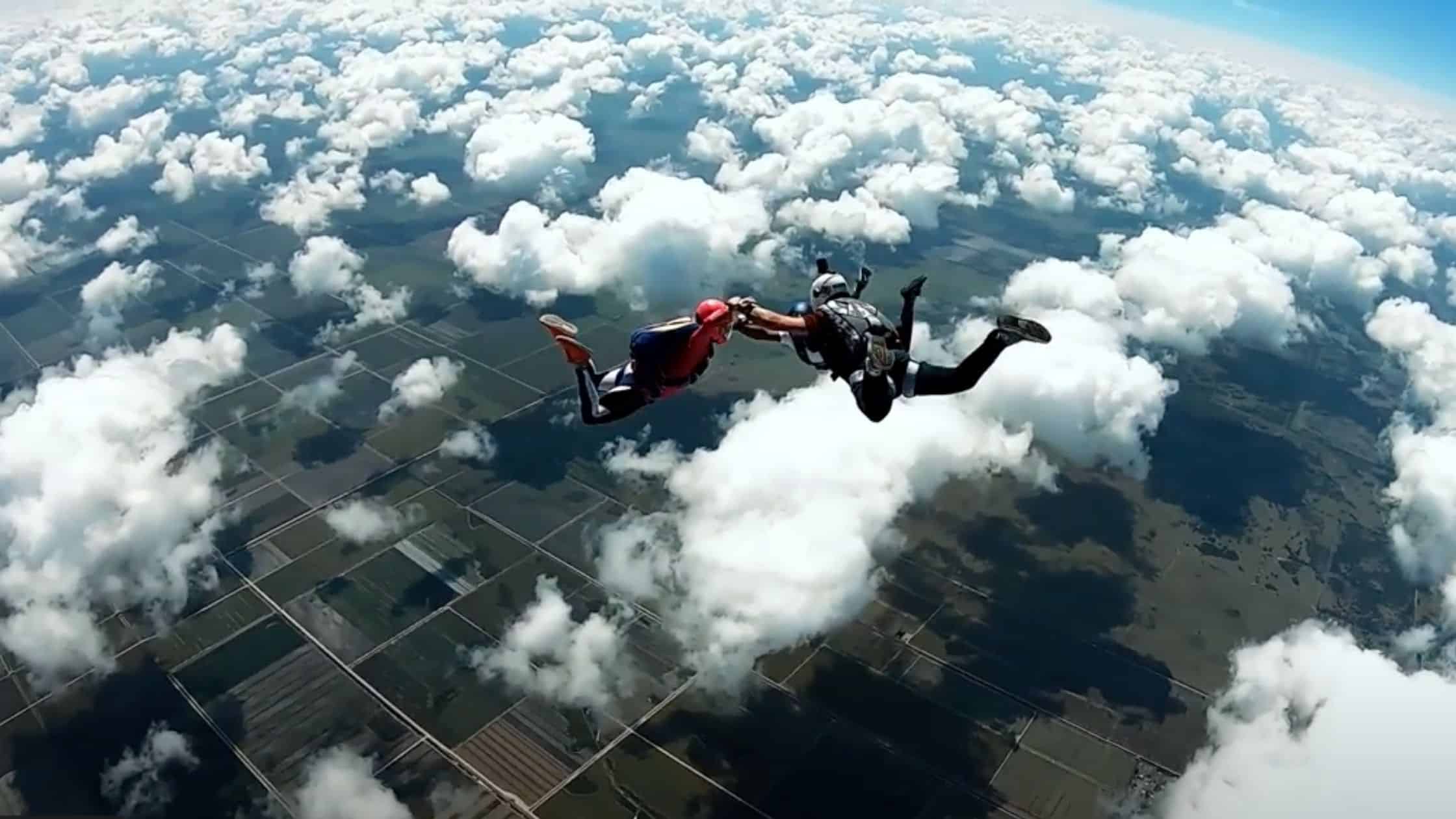 Despite his setbacks, Jeff decides to get back to making content. He gets a new set, including a desk just like the one Robert Di Nero’s character Murray Franklin had in Joker. This is the second reference to Joker lore in Jeff’s series. When he was initially in the hospital for his injuries, he felt like Two-Face from The Dark Knight. He asked David to dress up like Heath Ledger’s Joker, and David obliged. 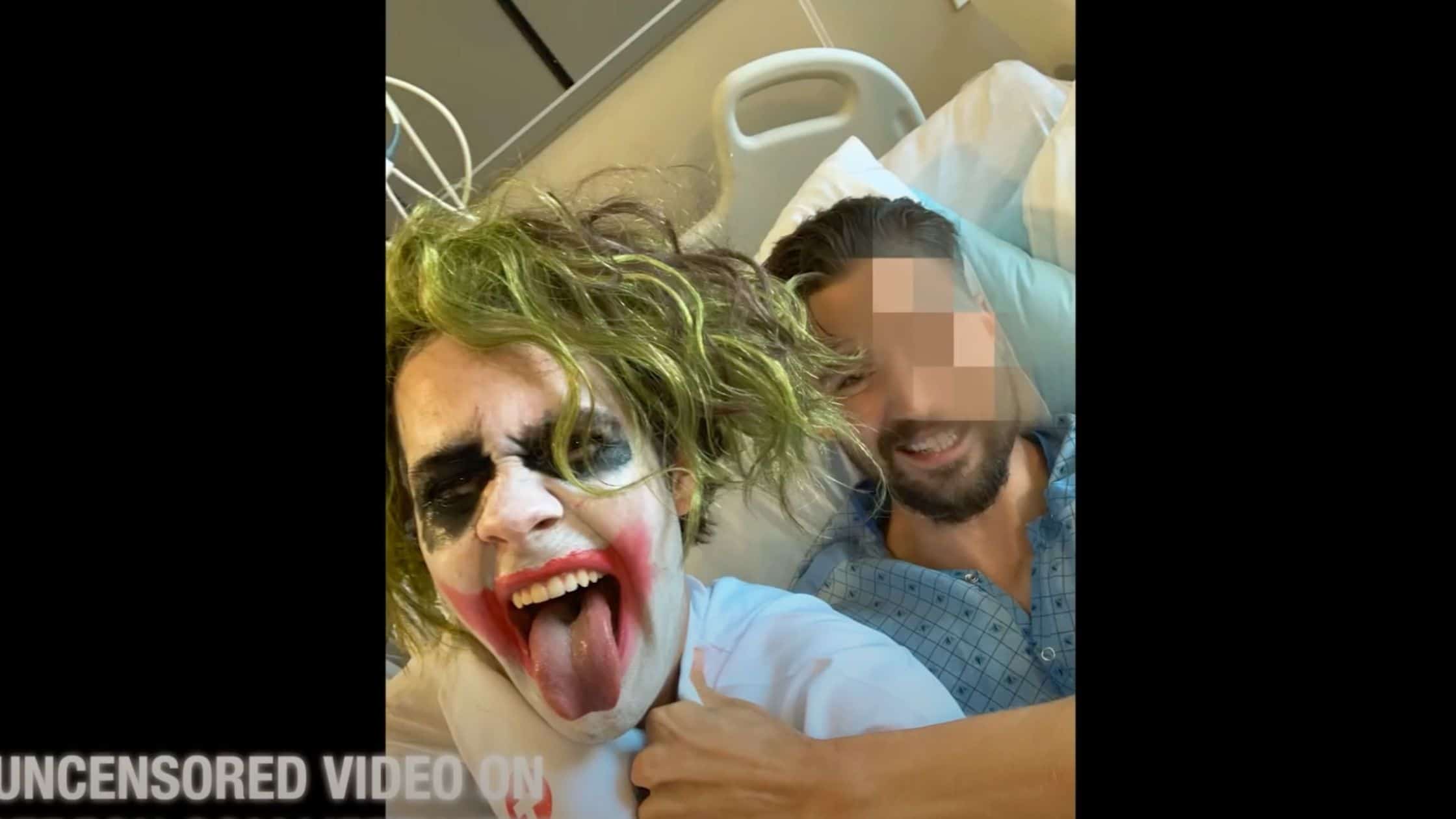 The fact that Robert De Niro’s character was shot by Joaquin Phoenix’s Joker seems to be part of the reason he chose this design choice for his new set-up. David Dobrik is kind of like a real-world Joker: always smiling, but definitely dangerous if not unchecked. In the past, he has been willing to put his friends in danger, both socially/emotionally, and physically, in order to get a big enough emotional response for his vlogs. He didn’t stop making this type of content until Jeff’s accident showed the real danger in his extreme bids to create entertainment. 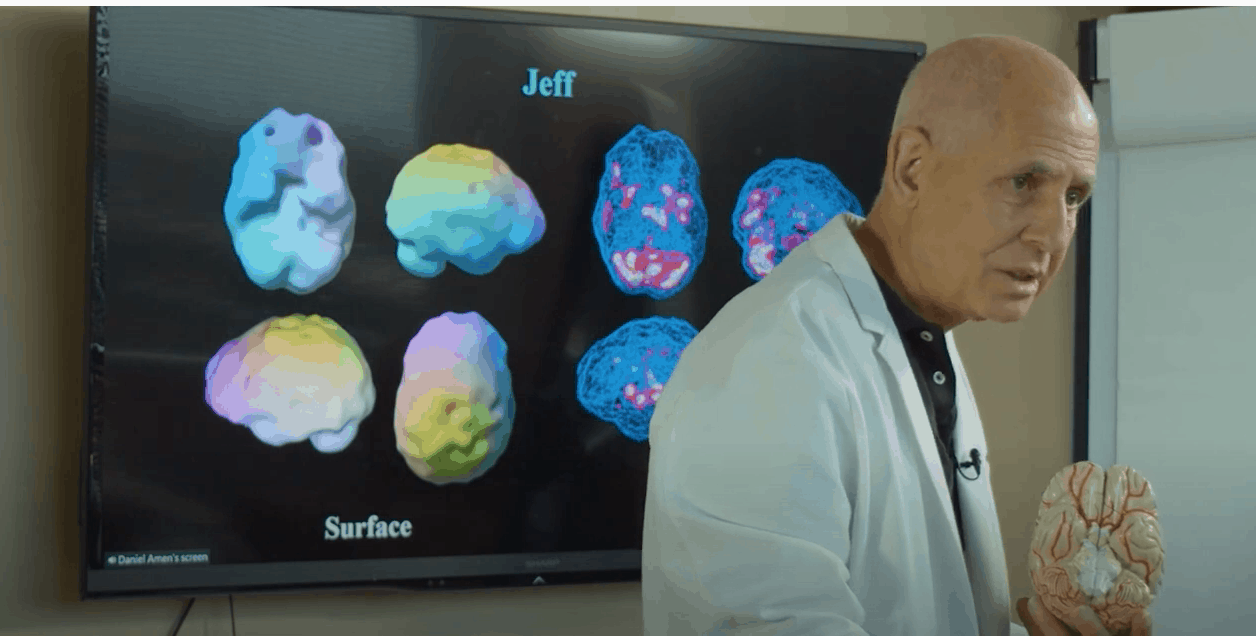 Jeff finds out that he does have brain damage, specifically in parts of the brain where the feeling of happiness is produced. The doctor shows the results of Jeff’s brain scan, which features “holes.” The doctor gives him hope, despite his situation, that he can heal.

When Jeff initially wanted to share his story, he wanted his story to have a resolution where he was completely healed. Now, he’s realizing that the “happy” ending he’s looking for involves him seeking help in the form of therapy. “I’m finally swallowing my pride and my f**king hard-headed mentality,” he says “I’m lettin’ go of it, and I’m going to do the right thing to get the right help.” He realizes that after years of chasing money, validation, and trying to prove himself in the eyes of others, he now defines success as inspiring others.

At around the 16:00 mark, the video goes into a music video to a parody song about the accident called “Slower” by Jeff & The Barbershop Posse. It’s set to the melody of Creed’s “Higher.” He’s donating all the proceeds made from the video to the National Alliance on Mental Illness, and has a donate button on the video so viewers can donate as well.

Are Jason Nash and Rachel Valesco dating? Rachel speaks out