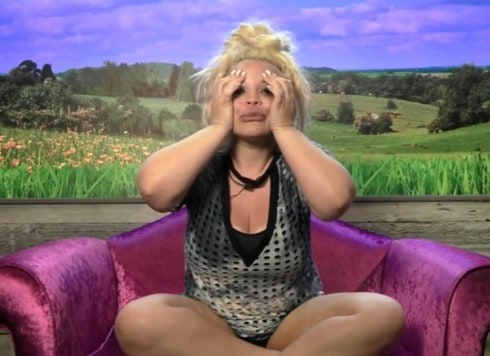 YouTuber Trisha Paytas has been garnering headlines in the UK ever since she set foot in the Celebrity Big Brother house. She immediately butted heads with her cast mates and took to the diary room to cry like she was making one of her iconic kitchen floor videos. Many viewers thought she was the most entertaining member of the house. She almost got voted off twice–but decided to walk away from the show on Friday.

Immediately after she left, Trisha took to Twitter to vent and made two videos with wildly different attitudes. In the first video she expressed remorse for leaving, and felt like she let down the fans who had voted to save her. 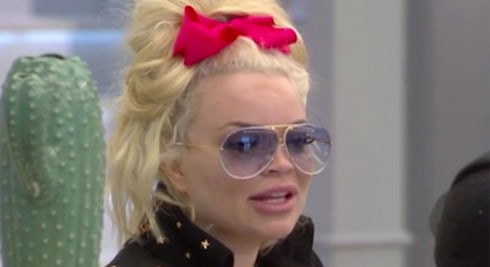 The second video came immediately after Trisha watched some clips of people in the house talking behind her back, body shaming her, and complaining that she didn’t pull her weight when it came to chores. She had some choice words for them, calling them fake, and promising a larger exposé of the show itself.

The next day she woke up to find that she was on the cover of all the British tabloids, which went to print BEFORE she walked out of the house. Overwhelmed by the love and support she received from the British public, she uploaded a video titled “I’m the New Queen of England.” She implied that she would hold back on spilling too much tea until CBB “worked out” some of their issues.

One thing she’s addressed is the disrespect the reality stars in the house gave her for merely being a Youtuber. “The Trish show will always run. I will always have a show. I will always keep talking,” she said. “I’m so tired of mainstream celebrities sh**ting on YouTubers.”

Actor Paul Danon in particular took issue with Trisha’s online sway. “He also bashed me saying, ‘Who’s Trish? She has all this fans in the UK, who the f**k is she? Online? I don’t trust online,'” Trisha revealed about Paul. “B*itch you have 3,000 people on Instagram, who the f**k are you?”

There is some speculation that Trisha will be courted to come back into the house because of all the media she’s stirring up surrounding the show. Her flight was initially scheduled for Tuesday, but she’s now hitting that she may be staying in the U.K. for a while longer.

Attempted gun stunt for YouTube fame ends in death: Pregnant girlfriend shoots her boyfriend in front of their 3-year-old