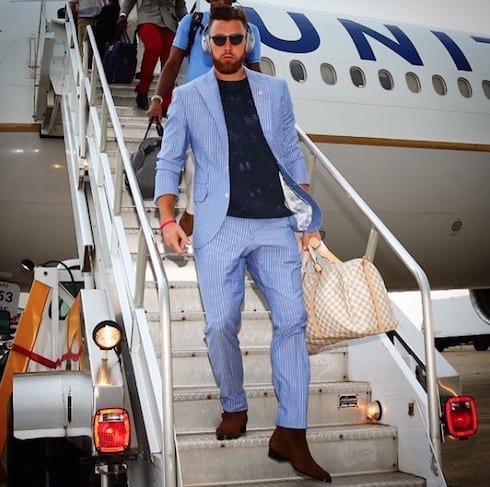 How much does Travis Kelce make? How tall is the lad? Where is he from–and who is Travis Kelce, really? His on-field performance as a tight end for the Kansas City Chiefs has earned him a huge new contract, and his reputation as one of the most dapper, down-to-earth sports stars on social media helped Travis snag his very own dating show on E!. Catching Kelce sees the 26-year-old navigate a field of 50 would-be lady loves, trying to find just the right mix of beauty, brains, and silliness…with sexy results. E! has already revealed that, yes, Travis does find true love with the Catching Kelce winner–and that the pair are actually considering marriage–but that doesn’t mean Kelce is looking to slow things down. “I…take advantage of the opportunities when they come about,” he told the network. “I’ve always been a very success-driven person too so I’m very focused on trying to get my career somewhere.”

With that said, here’s a Travis Kelce FAQ to get you ready for the man’s reality TV debut (and to fuel your Kelce-filled dreams)! 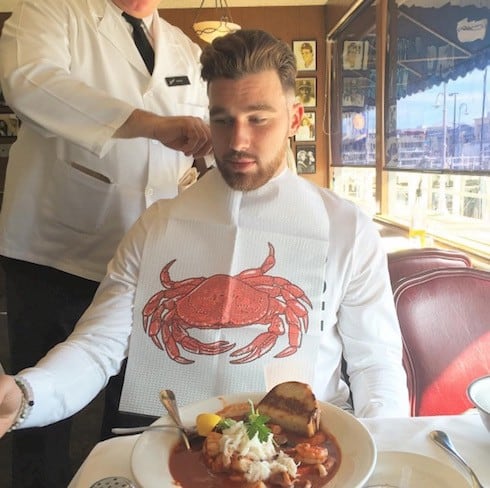 How much does Travis Kelce make?
He may be only 26, but Travis is basically set for life. Thanks to his success with the Chiefs–he’s gained over 1700 yards and snagged 10 touchdowns over the past two full seasons–the tight end found himself the recipient of a $46 million contract extension earlier this year. The five-year deal will keep Kelce in a Chiefs uniform through 2021, and guarantees him a minimum of $20.017 dollars. So, any future Mrs. Kelce interested in handling the financials can bank on a household income of at least $4 million per year.

However, because that contract doesn’t go into effect until next year, it’s worth pointing out that Travis is still playing under the contract he signed as a rookie–meaning his base salary is paltry $675,000 this year. Which is hardly even worth talking about. Go ahead; run to the toilet: we’ll wait for you.

Where is Travis Kelce from? How tall is he? What’s he really like?
Travis is an Ohioan: born in Westlake; grew up in Cleveland Heights; went to college at the University of Cincinnati. His official bio lists his height as six-foot-five (6′ 5″), and his weight as 260 pounds. He also has a variety of nicknames: his teammates have been known to refer to him as “Baby Gronk,” after the New England Patriots’ tight end; Kelce himself prefers the nickname “Zeus.” (According to Travis’ Wikipedia page, another of his nicknames is “Skidmarks,” though neither the page nor the rest of the internet can say why. Unless you’re especially curious, it might be best to leave that one alone.)

I told her I left my tutu at home… Coulda been epic picture, but Kennedy stole the show anyways! #ChiefsKingdom #MyTutuIsRed #CoolestKidsYaKnow

Motivation hits you at some of the kraziest times! Workin the night shift earlier this week, nothing more powerful than a man with a motive and ambition! Grab your #KelceKrazies shirts for the holidays at Kelcekrazies.bigcartel.com @kelcekrazies

You can follow Travis’ exploits on Instagram here, and on Twitter here. And you can see Travis’ goofier side in action when E! airs Catching Kelce Wednesday nights at 9 PM.

(Photo credits: How much does Travis Kelce make via Instgram)

Curse of Oak Island update: Time running out for Rick and Marty Lagina as the show revisits their roots