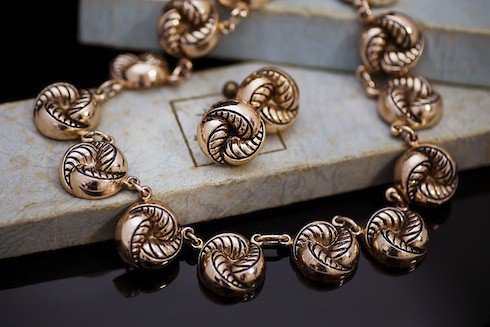 A thief in Mumbai got quite literally more than he bargained for after swiping a gold necklace this weekend. Anil Jadhav took the gold chain right off a woman’s neck and led police on a merry chase before swallowing it when it became clear he would be captured.

Police were not fooled, and took Jadhav to the hospital for an x-ray to confirm their suspicious. Which is when things got a little bit uncomfortable, and a whole lot sillier.

They fed Jadhav “a special liquid” and ordered him to consume four-dozen bananas, in order to speed his digestion of the stolen loot.

Jadhav’s family also arrived with bananas, and urged him to consume everything put in front of him.

When the old-fashioned remedy proved unsuccessful (or, at least, not as quickly successful as the police would have liked), doctors studied the x-rays again. They determined that, though the necklace itself had a thin gold chain, it also boasted “a large pendant,” which “delayed its retrieval.”

So, doctors also prepared four (4!) enemas, and injected them into Jadhav’s lower intestine, to help matters.

The necklace was returned to its owner two days later. The woman claimed that she would never again wear it, and would instead have it melted down and turned into a new, different piece of jewelry. Whether her reaction was because she’d felt violated by the theft or because of the colonic complications following the theft was not immediately clear.