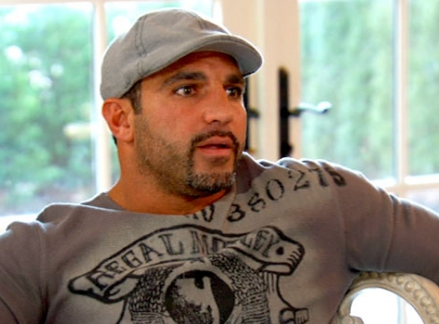 Before Teresa Giudice sat down to confront Caroline Manzo last night, she had a pre-game strategy session with her husband Joe Giudice, who offered to make her a necklace out of garlic to ward off evil. But the supernatural talk didn’t stop there: Teresa went on to speculate that perhaps her sister-in-law Melissa Gorga had cast some sort of ancient spell on her brother Joe.

“You know what’s so gross?” Teresa started. “They used to say in Italian when a girl has her period, guys would not, if there was something dark like wine, they wouldn’t want to drink it because girls would give some of their blood and then he would be under a trance, like he would do whatever she said. So I think ‘Melissa did that to my brother.’ She was getting her period, my brother went down on her and it was like voila!”

This isn’t the first time Teresa has spoken on the show about the dark arts of period blood. In a previous season when the family was making red sauce, she mentioned that in Italian tradition menstruating women weren’t allowed to help make the sauce.