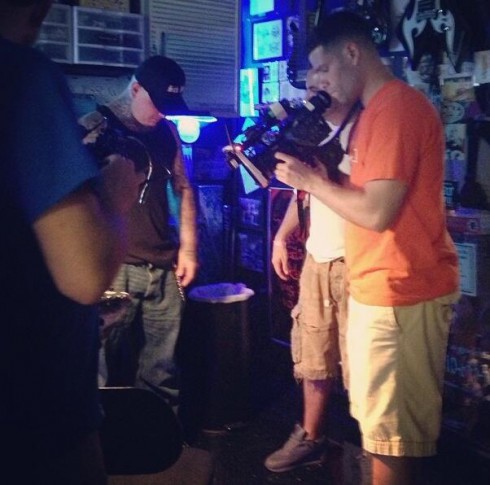 Just last week it was reported that Teen Mom 2 season 5 filming is finally underway after months of speculation as to whether or not the show would be returning. In what looks to be one of the first filming events of the season, Kailyn Lowry and her husband Javi Marroquin were at a tattoo parlor last night — as were MTV cameras!

Javi and Kail visited Sick Ink Studios last night accompanied by the filming crew and during the session, they snapped a photo of the happenings and the studio posted it to followers with a telling caption. “Fun day off at the shop….. MTV,” read a tweet. Along with the tweet was the photo you see above in which Javi appears to be filming his session. 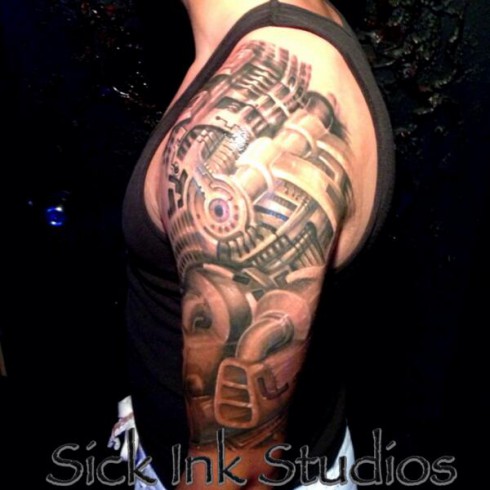 “Hangin out at Sick Inkkkkkk tonight. @sickinkstudios @SickinkStudio,” Kail tweeted last night, confirming that she and Javi were at the studio. A short time later, Javi revealed the photo above of his tattoo after its third session. (Javi’s tattoo matches Kail’s rather elaborate sleeve tat that she also got at Sick Ink Studios.)

Here are a few photos of Javi’s sleeve tattoo in chronological order from left to right: 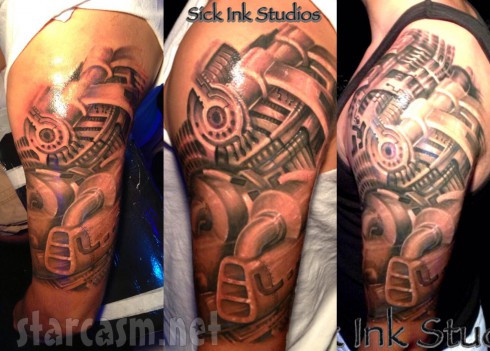 While there still is no confirmation from MTV regarding the new season, the fact taht Kail and Javi were at Sick Ink with MTV is a pretty good sign that season 5 is totally happening!

If Kail and Javi’s tattoo parlor visit with MTV isn’t quite enough for you, there is another incriminating photo floating around in cyberspace of Chelsea Houska with a filming crew using a similar type of camera that we see in the photo above (and in numerous other photos from previous seasons). 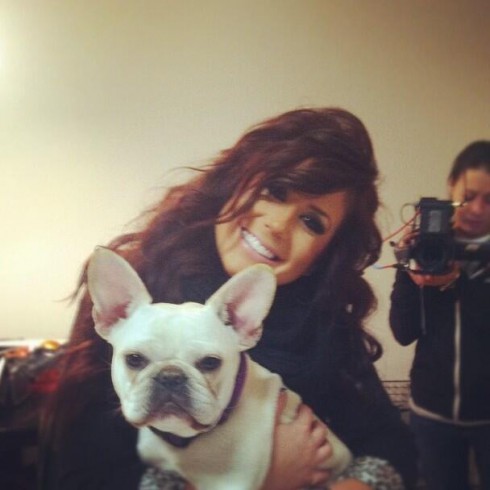 The picture was posted on Wednesday, but I suppose it could be argued that we have no way to confirm exactly when it was taken. We need to send out a memo to all the Teen Mom 2 cast members reminding them to always be holding an issue of that day’s newspaper! lol

Seriously, I think we can all assume Teen Mom 2 Season 5 is happening. Sadly, given MTV’s track record of gap time between recording and airing, we may not actually see what’s being filmed right now until fall of 2014.