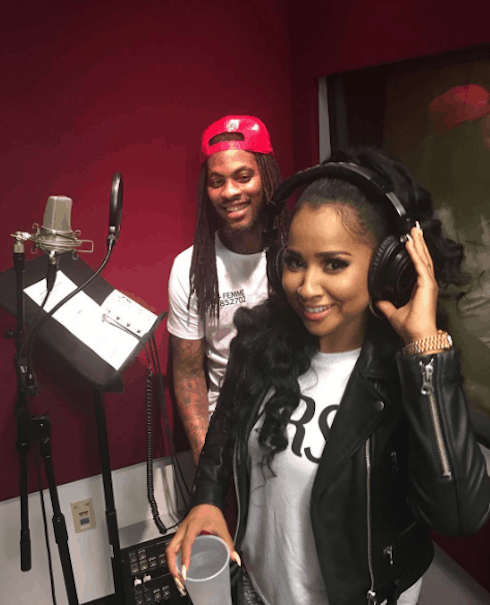 It looks like Tammy Rivera and Waka Flocka Flame might have changed their minds about pregnancy! The Love & Hip Hop Atlanta star couple, who’ve gone back and forth on the issue over the past few months (and who’ve been subject to more than one pregnancy rumor) recently shared a social media update that suggested they’re finally ready.

If so, though, their journey hasn’t been without bumps. The couple very nearly divorced earlier this year, due to Waka’s many indiscretions. He later apologized, and convinced Tammy that, as he himself put it, he was “just trying to impress friends.”

“Like, still tryin’ to be like that, ‘Yeah, I can get girls,’” Waka explained at the time. “You know what I’m saying? It was like an ego thing. It was more like…like a crisis. Like, ‘Hold up.’ I know I’m married, but I can still be over here like ‘Yo, I’m gonna take that sh!t over.’”

Shortly after their reconciliation, the couple was asked straight-up if Tammy was pregnant. “Not yet,” Tammy told The Breakfast Club. When she was reminded that she’d recently said she had “a son coming,” Tammy responded, “One day. Not today!”

Well, if Waka has anything to say about it, “one day” may well have come! Check out his most recent Instagram update:

The Shade Room also caught Waka having a sub-conversation in the comments:

Regardless of whether Tammy and Waka do have a child together–and it’s worth pointing out that cameras are expected to start rolling for LHHATL Season 6 in just a few weeks–it’s clear that the love is back in their relationship. Here’s the über-sweet birthday tribute Waka paid to his wife earlier this summer: