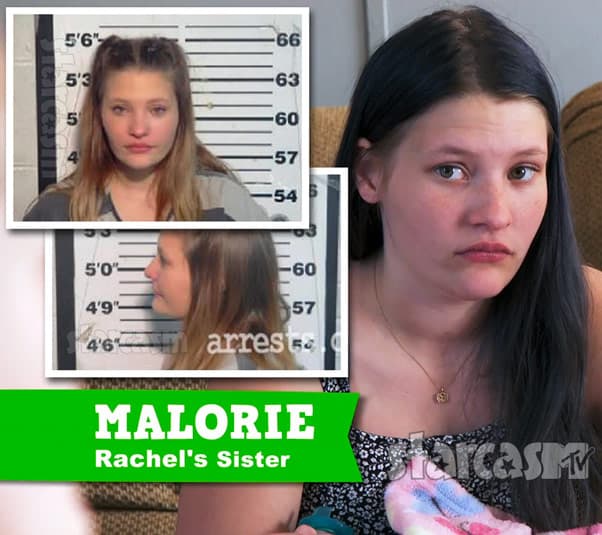 Teen Mom: Young and Pregnant siblings Rachel Beaver and Malorie Beaver have been locked in a brutal online feud over the past week, but the two sisters appeared to make peace just a couple ago. However, it appears as though Malorie was still at odds with somebody this weekend as she was arrested on Saturday and charged with domestic assault!

Here are Malorie’s mug shot photos from the arrest: 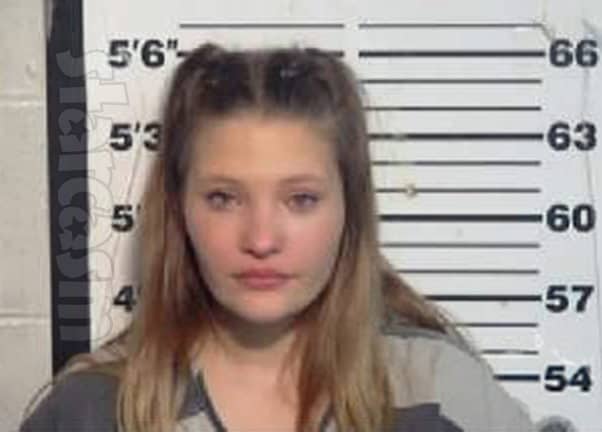 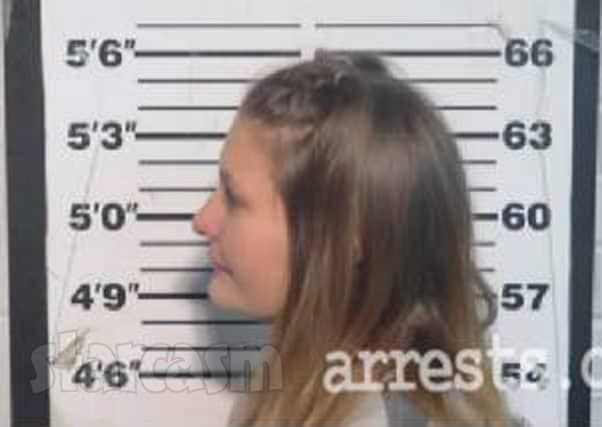 Online records indicate Malorie (whose legal name appears to actually be spelled Mallorie) was booked in her hometown of Madisonville, Tennessee just before midnight on Saturday. According to Arrests.org, the 20-year-old single mom is charged with “Assault, Domestic Related” with a bail of $1,000. However, another mug shot scraping website lists an additional charge of public intoxication.

We are working to confirm what the actual charges currently are.

According to Vinelink, Malorie has bonded out. She posted photos on her Instagram story earlier today with her sister Rachel and mother Stephanie, which would suggest that the alleged assault did not involve them. It appears as though they were together to watch the Super Bowl.

UPDATE – The police report from the incident has since surfaced, and it reveals that Malorie and Rachel’s grandmother Janice Bollen was the alleged assault victim. Click here for the information from the report, as well as reaction videos later posted by both Malorie and Rachel in which they try to say the whole thing is just a big misunderstanding.

In case you missed it, the “Beaver Blowout” over the past week started after Malorie moved back in with her grandmother. She did a live stream on Instagram with a guy named Jacob, and her mother Stephanie responded with her own live stream assuming it was Rachel’s ex Jacob (it wasn’t).

That ignited a feud between Malorie and the mother/daughter duo of Rachel and Stephanie that played out via a series of Instagram posts, photos, and videos. There were multiple accusations of crack use as Malorie pointed out that her mother never loved her, etc.

I’m a huge fan of trashy drama, but I have to confess that I don’t get much joy watching the Beaver sisters, their two babies, their multiple potential baby daddies, and their mom. As a result, I didn’t pay very close attention to all the online drama as it happened.

The same cannot be said for @TMMamaDrama on Instagram! Here are some lowly highlights from the family feud courtesy of the account, picking up right after Stephanie’s live stream calling Malorie a crackhead. WARNING – There is probably a lot of bad language and who knows what other kind of not SFW stuff.

The Beaver family is at war. Who's side are you on? #youngandpregnant

Rachel outing her sister and securing her spot on #MTV ? #youngandpregnant

I'm not going to lie, this actually makes me sad. They have been through a lot, no child should feel this way.

The fight between sister's and mother is still going on. Will they be able to reconcile after this?

The sister's say they are done #youngandpregnant

#SWIPE: Malorie said that her baby daddy Lane tried to fight at her daughter's birthday party and MTV neglected to show it. #theneverendingstory #youngandpregnant

Malorie stated during one of her videos that MTV talked with the family about a potential spin-off series starring just the Beavers, but given the very low ratings of Teen Mom: Young and Pregnant, I doubt that is likely to happen. MTV has surprised me in the past, however, so keep an eye out for a Leave It To Beavers announcement soon!

If you’re curious to know a little more about Rachel and Malorie’s strained relationship with their mom Stephanie, we did a post about her arrests and child support issues.

We will continue to monitor Malorie’s case and will update as soon as we learn anything more. (Update added to the post below with information from the arrest report as well as videos posted by Malorie and Rachel.)