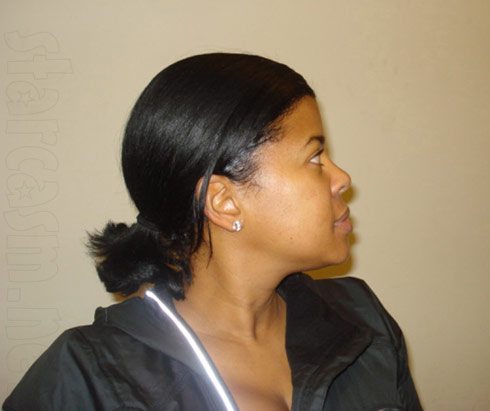 If I’ve learned anything from five years of blogging about pop culture and the off-screen shenanigans of reality show stars it’s that if you’re ever in a bar in New Jersey and you recognize someone from a reality show then you need to get out quick because somebody’s about to get hurt and/or arrested!

Such was the case in the AM hours Sunday morning at the Spirit Lounge in Edgewater, New Jersey where a bloody brawl led to the arrest of Chrissy & Mr. Jones star (and former Love & Hip Hop cast member) Christine “Chrissy” Lampkin (mug shot photo above and below). 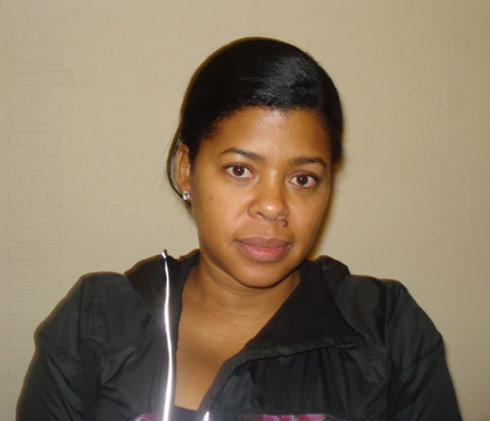 According to NorthJersey.com, Chrissy punched another unnamed woman with her closed fist and TMZ adds the woman was later hospitalized for a bloody cut above her eye that required stitches. As far as what started the incident, TMZ is told it all began when the unnamed woman sat on the same sofa and “accidentally bumped into someone.”

NorthJersey.com adds that although the incident began inside the lounge, the actual assault (i.e. punching) took place “in a small foyer outside the lounge where identification is checked.” Chrissy was later charged with one count of third-degree aggravated assault and one count of disorderly conduct.

According to TMZ, VH1 cameras were not rolling during the incident. 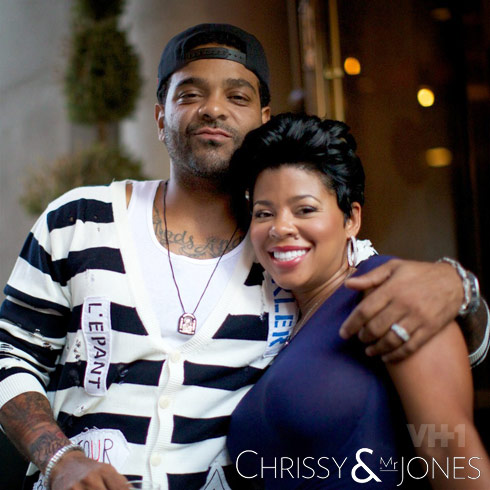 Chrissy’s fiance, and Chrissy & Mr. Jones co-star (above), Joseph G. Jones (aka Jim Jones) bailed her out a few hours after she was booked.

Christine “Chrissy” Lampkin left Love & Hip Hop after the second season to star in her own spin-off, Chrissy & Mr. Jones, which just aired a Season 2 finale episode on December 16 that was watched by more than 2 million viewers.