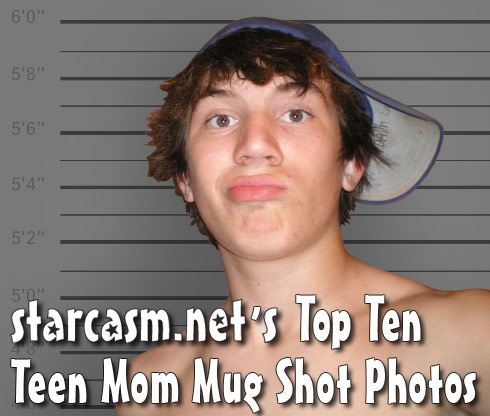 Although MTV’s popular Teen Mom reality series has only been around for two years, albeit in two separate incarnations, the girls and their entourages have had more brushes with the law than the Dukes of Hazzard!

Baby daddies, friends, moms, dads, boyfriends and even the teen moms have found themselves behind bars and in front of various booking photo cameras in police stations all over this great land. So, I thought in honor of tonight’s Teen Mom 2: Unseen Moments special I might compile what I think are the 10 best mug shots from the entire Teen Mom universe!

There are a few guidelines I should explain up front. Multiple mug shots from the same arrest, or from another arrest within a few days (yes, that actually happened) will be lumped together – otherwise we might be looking at a Top 50 list! Also, the term “best” reflects numerous factors such as importance to the show, the crime, the photo itself… I will provide a poll at the bottom so you can cast your votes and we will see how my opinion and my criteria measure up to our Teen Mom readers!

(Click the pics for the full-size photos and the posts that goes along with them. I will also try to include links int he text to the full stories.)

Number ten on the countdown is a duo unknown to Teen Mom fans until a certain fight video featuring Jenelle Evans made its way onto the internet, at which point Britany Truet (the girl on the receiving end of Jenelle’s beat down) and Brittany Maggard (the girl who pushed Jenelle into the other Britany, setting off the powder keg) became overnight celebrihooligans! The mug shots look exactly like a couple girls that got caught up in a catfight over a boy, don’t they? Brittany Maggard was soon arrested for a second time for a parole violation and added two more booking photos to her (and our) collection. 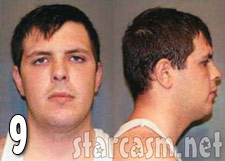 Up next is another face not yet familiar to many Teen Mom viewers because his grumpy countenance has yet to officially make its debut on the small screen. Meet Clinton Yunker, Amber Portwood’s boyfriend for a large chunk of the upcoming season of the original series. I’m not sure how Clinton and Amber met, but let me offer a guess: they have the same parole officer. Just like Amber, Clinton has had relationship issues in the past that have gotten bad enough to eventually merit an arrest. These mug photos were taken in 2010 after Clinton got into an altercation with his baby mama. The photos are really great mug shots not only because of Clinton’s demeanor but because he was arrested for a domestic dispute and he was wearing his wife-beater!

Number eight on the list may surprise some because it may seem too early for one of Teen Mom‘s most notorious outlaws. But remember, these 2011 mug shots of Jenelle Evans are from her second (that we know of) time in front of the police camera after her infamous altercation with Britany Truett was caught on camera and then “sold to the internet.” By this time the shock of Jenelle being arrested had not only worn off on fans of the show, but apparently on Jenelle herself. She doesn’t even look annoyed in these – just downright bored. 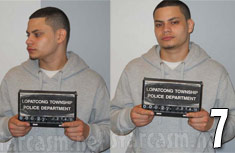 Jonathan “Jo” Rivera wins the badass mug shot award hands down! You wouldn’t know it from his gangsta look in the photos but all Jo did was appear to have been smoking pot while riding with his brother, who was pulled over by police after they noticed sparks flying from under his car. This only seems to reinforce my theory that the arrest was staged to help launch Jo’s rap career! 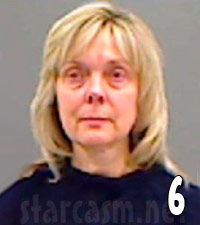 Farrah Abraham’s mom Debra Danielson lost most all of her supporters when her arrest for assaulting Farrah in their home made headlines in January of last year. The arrest played heavily into the plot of the next season of the show in which Farrah and Debra attempted to mend the fences by attending therapy sessions together. It could be argued that Debra’s arrest and the fallout forced Farrah to talk about and deal with the death of Sophia’s dad Derek Underwood for the first time. That’s all well and good, but this booking photo is so awesome mainly because of how poor Debra looks! That poor woman looks like she hasn’t slept in months! And her Farraf Fawcett feathered hair is completed deflated here… Brutal. 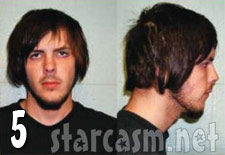 We have our first repeat offender on the Top Ten! You may not recognize him, but this is Clinton Yunker again, this time from a 2007 arrest after cops busted in on a hotel party he was throwing and found underage drinkers as well as a bit of weed. This one has nothing really to do at all with Teen Mom (unless the story comes up while Clinton is with Amber during Season Three) but gets a high placement solely on the merits of being an awesome mug shot! That there is one hotel-partying teenager folks! 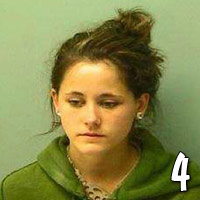 Now that we have popped our repeat offender cherry here on the countdown, let’s move on to yet another one. This comes from the Teen Mom 2 Queen of Criminality Jenelle Evans in her first ever mug shot that surfaced after her arrest for breaking and entering and drug paraphernalia possession last year. The mug shot is historically significant because it marks the first time one of the actual cast members had their booking photo featured on the show itself as MTV used it as part of their dramatic season one finale episode! 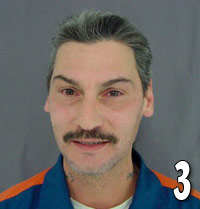 When I first started this list I assumed ol’ Butch would be in the number one slot, but after thinking long and hard about how important this list is I had to bump him down to third. But still, he’s in third place! The father of Tyler and step-father of Catelynn is an admitted drug abuser and he has had numerous brushes with the law over the last few decades. This immaculate shot was taken in 2008 after Butch was picked up for breaking and entering with intent. As important as the tension between Farrah and her mom are to Farrah’s story, I don’t think it even comes close to comparing to Catelynn and Tyler’s home reality that this mug shot represents! I can’t imagine a more dysfunctional pairing than April and Butch and I only wish Brandon and Teresa had adopted Tyler and Catelynn in addition to Carly. 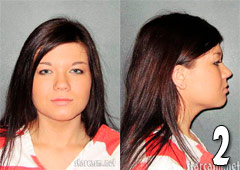 What can I say? Amber is the Teen Mom matriarch of anarchy! The original mistress of distress whose on-screen violent outbursts not only landed her in the pokey, but also on magazine covers and news programs around the globe. These photos were taken after Amber turned herself in last year for assaulting baby daddy Gary Shirley while MTV cameras rolled. Amber has set the tone for MTV’s unflinching coverage of these girls and the not-so-pretty lives some of them lead, which has created thousands and thousands of “haters” who criticize the show for glamorizing what they consider to be horrible role models. I’m not among those critics. I think the show has done an amazing job of giving television audiences the chance to see an accurate portrayal of eight girls who got pregnant as teenagers and are struggling to make it as teen mothers – some of which handle it better than others. That’s reality folks.

Once I gave this list a little bit of thought the results weren’t even close. As a matter of fact, a legitimate argument could be made that Kieffer’s inclusion isn’t even fair! The dude is a ringer – a living archetype of the teenage drifter with a good sense of humor and no money who always seems to have a friend to crash with and somebody’s weed to smoke. For Kieffer being arrested is the inevitable result of staying in one place too long – something he seems overly motivated to do in the case of Jenelle, resulting in numerous arrests with more on the way I’m certain. I’m including mug shots here from arrests that were a few months apart, but that’s only because in the zen world of the Delper, all is one and one is all. 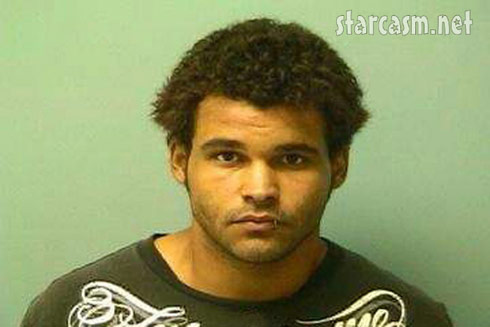 Don’t agree with the results? Then cast your vote in the “Top Ten Teen Mom Mug Shot Photos Poll!” You can vote for up to three different entries every hour and once you vote you will be able to see how the results are going. (I can only hope our Teen Mom readers fully appreciate the mugshotrulescence of the Delper.)