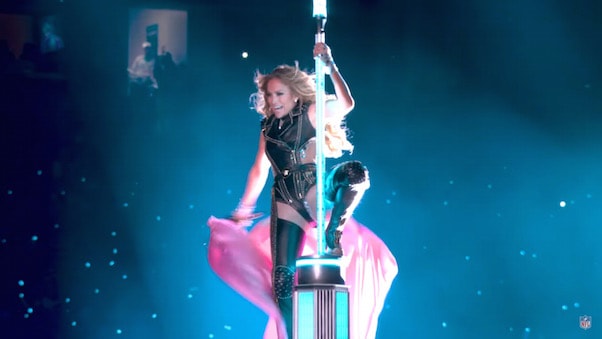 CELEBITCHY – So J-Lo and Shakira put on an energetic and really fun Super Bowl halftime show that still somehow managed to ruffle a ton of feathers thanks to people still uncomfortable with grinding and pole dancing. (Surprisingly, J-Lo’s political undertones seemed to sneak right by almost everyone)

VOX – There was also the usual spate of celebrity- and pop culture reference-laden Super Bowl commercials, most of which were dull as hell. I actually really liked the HSN satire that Avocados From Mexico put together, because it’s always fun to see a mirror held up to an audience without the audience’s awareness. Facebook’s was garbage. What did you, the viewers at home, think?

THE BLAST – Back to the spectacle itself: Demi Lovato is getting rave reviews for both her rendition of the Star Spangled Banner and the all-white outfit she wore to perform it

THE BLEMISH – Oh right, a football game happened during all that as well. Kansas City won its first NFL championship in 50 years, but the wrong guy won the game’s MVP trophy

JEZEBEL – Oh, and it was *also* Groundhog Day yesterday. (I forgot until after seeing Jeep’s commercial with Bill Murray.) Not-Punxsutawney-Phil did not see its shadow for the fifth year in a row, meaning winter is over and it’s okay to complain about how it’s so hot that you can’t wait for autumn to begin

REALITY TEA – Meghan Edmonds does not need to express every thought

LAINEY GOSSIP – Worth the click for this sentence alone: “If January is a graveyard for unwanted movies, then Super Bowl weekend is an abandoned house on a dead-end road with a mysterious locked room in the basement and a garage full of nothing but rope and cyanide.”

GO FUG YOURSELF – “Zendaya Once Again Looks Good In Something Confusing”