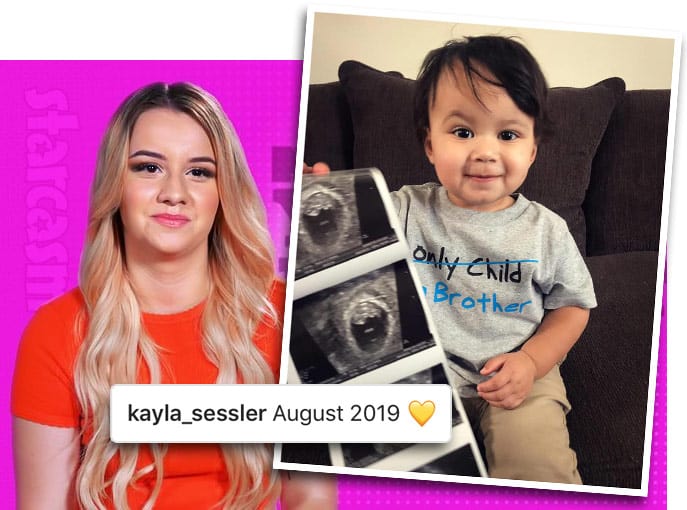 Congratulations are in order for Teen Mom: Young and Pregnant star Kayla Sessler as she just revealed she is currently pregnant with her second child!

Kayla made the announcement on various social media platforms on Sunday. For the reveal, she enlisted the help of her one-year-old son Izaiah, who sported a shirt proudly declaring his status change from only child to big brother. In one of the two photos, Izaiah is also holding a series of sonogram images of his little-brother- or sister-to-be. Kayla doesn’t provide much information, other than the fact that she is due in August.

Although Kayla doesn’t come out and say who the father is, it is almost certainly her boyfriend Luke Davis III. Luke shared the photo of Izaiah holding the sonograms on his Instagram account and wrote: “Zay gone be a big brother in August ?❤️” That would mean Luke and Kayla conceived some time around Kayla’s birthday in November.

In case you missed it, Kayla and Luke went public with their relationship back in September. The two were high school friends and got back in touch after Kayla started attending college courses — a reunion that was featured on the show. Luke, a six-foot, eight-inch basketball player, has seemingly stepped up and filled the role of father for Izaiah, a void created by Izaiah’s biological father, Stephan. “Izaiah adores him,” Kayla said of Luke in October. “He’s not trying to take Stephan’s place, but he’s going to step up where Stephan isn’t.”

After attempting to make their volatile relationship work, Kayla finally gave up on Stephan following a violent incident in May of 2018. According to Kayla, she and Stephan got into one of their many heated exchanges while driving together. “The argument resulted in him pulling me out of the car and throwing me on the ground,” Kayla revealed on the show. “He started hitting and kicking me. And Annabelle called the police.”

As a result of the incident, Kayla filed a protective order against Stephan, which she chose not to renew a month later.

Kayla becomes the first mom from Teen Mom: Young and Pregnant to have a second child, and a couple of her cast mates took to Instagram to congratulate her after the announcement, as well as Teen Mom OG star Cheyenne Floyd: 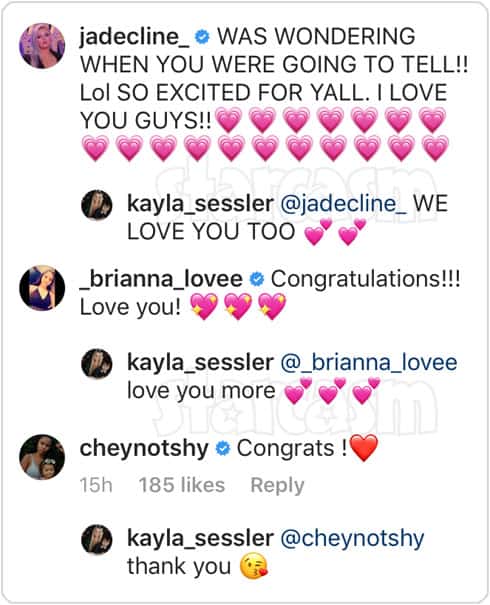 Congratulations Kayla! We can’t wait to see your second pregnancy play out — hopefully with a much healthier parental relationship — on the next season of Teen Mom: Young and Pregnant!