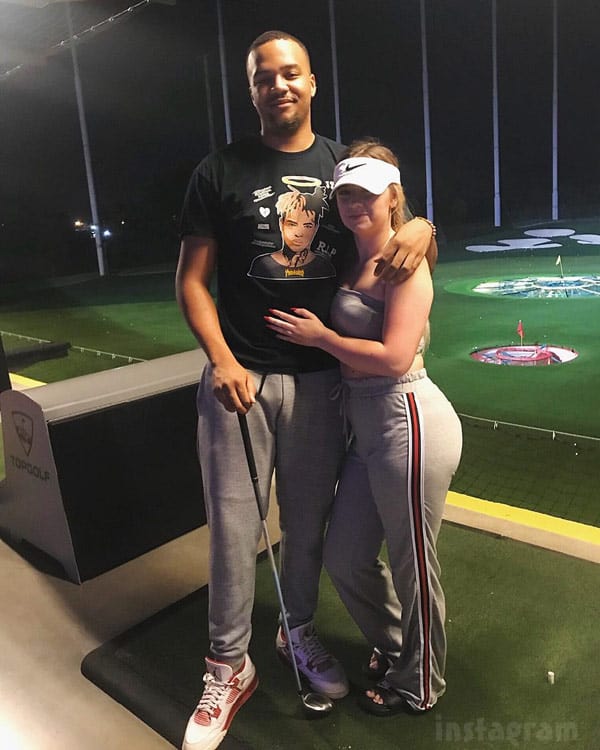 Teen Mom: Young and Pregnant mom Kayla Sessler appears to have finally ended her volatile relationship with her son Izaiah’s father Stephan — and although her new man is definitely tall and dark, he is no stranger to fans of the show!

Kayla stirred up the relationship rumor mill with an Instagram photo on Tuesday. In the picture (above) she can be seen with her high school friend Luke Davis III at a Topgolf, and the two certainly look to be more than just casual friends. Kayla didn’t reveal anything with her caption, which just included a couple of golf emoji, but she spilled the tea in the comments.

“Is this ur new boyfriend?” someone asked. “Yes ma’am,” Kayla replied.

And it may be that the couple took their friendship to the next step a hot minute ago as Luke made the trip with Kayla to film the Teen Mom: Young and Pregnant Season 2 Reunion in New York City last week:

Not the best photo but we’re having the best time ??

Meanwhile, on Luke’s Instagram page, his friends had a funny convo about his new bae after he posted the same photo from New York. “What I miss big fella ??” wrote one pal, obviously implying he didn’t get the memo on Luke having a new girl. Another pal responded: “None big bruh big fella got boo’d up.” The original commenter then came back to reply: “shorty famous ?” LOL! Yes, shorty is famous.

And speaking of “shorty,” if you were wondering about Luke and Kayla’s heights, she is roughly 5 feet, 6 inches tall while basketball star Luke is a rather lofty 6 feet, 8 inches tall.

If Luke looks familiar, that’s because he was featured on the show late in Season 1. Kayla was registering for college courses when she bumped into Luke, who she revealed was a high school acquaintance of hers. “We did go to high school together, but we never really talked too much because I was dating Stephan my whole high school,” Kayla said. “Stephan does know him too, but they’re not really friends.”

Kayla even shared a photo with Luke that looks eerily similar to the recent pictures of them together: 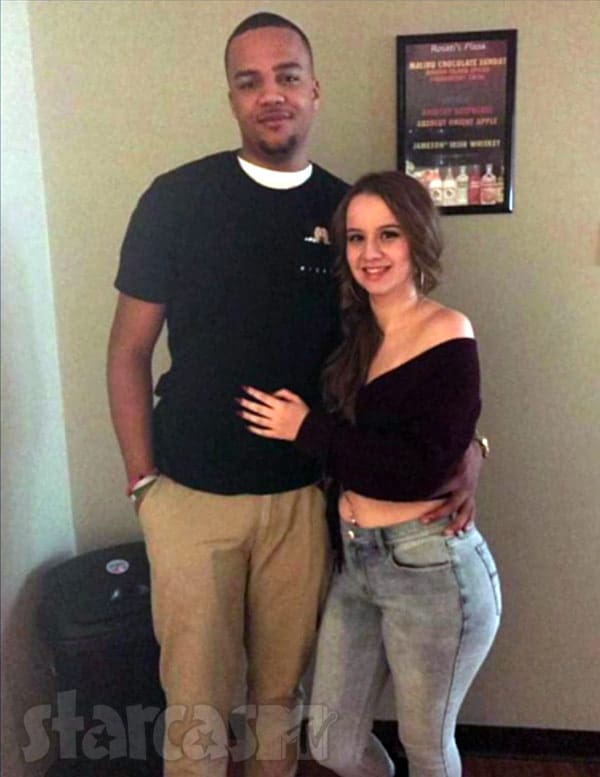 Kayla hinted that things might be headed towards something more serious. “Right now me and him we are just basically getting to know each other better and seeing if we have a connection, or if something could be there.”

Well, it seems something is there after all!

Needless to say, the #Kayluke coupling has most all of her fans ecstatic as the comments on her photo contained numerous congratulations as well as numerous “good riddance” messages for Stephan.

I should point out that although Kayla does say Luke is her new boyfriend, the two have yet to take the traditional next step by making it “Facebook official.” Both Kayla and Luke still list their relationship status as “single” on the site.

I will join in on the congratulatory chorus as I agree with most fans that Kayla’s relationship with Stephan looked like a lost cause that could have played out unpleasantly for years. Regardless of whether or not Luke is “the one,” it is good to see that Kayla is capable of moving on — and I really look forward to watching their budding romance on the next season of Teen Mom: Young and Pregnant!

Teen Mom Young & Pregnant season finale ratings up, will it be enough to save the show?