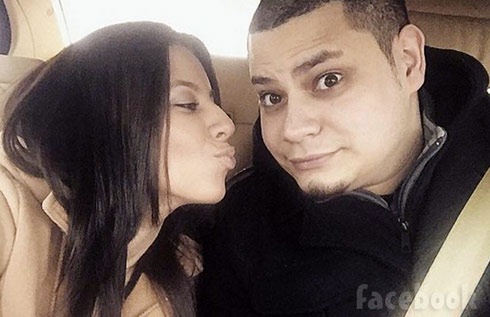 The off-screen fallout from the on-screen discussion between Teen Mom 2 stars Kailyn Lowry and ex Jo Rivera over child support for their son Isaac continues as Jo’s girlfriend Vetzabe “Vee” Torres takes to Twitter to respond to allegations from Javi that Jo doesn’t have a job and doesn’t want one, and Kail’s tweet saying Jo has actually been jailed for failure to pay child support!?

In case you missed it, after Thursday night’s episode, Kail and Javi responded to tweets accusing Kail of trying to bankrupt Jo with increased child support payments by pointing out that Jo doesn’t have a job. When asked how he knows Jo’s current employment status, Javi responded by tweeting, “cause he told us he doesn’t want one” with a

Jo doesn’t usually get involved with social media drama, and this latest situation is no exception. The same cannot be said for Vee, however, as the mom-to-be tested out her mama bear claws in defense of Jo. Here’s a summary of her on the Veefensive:

VEE: Just felt like going OFF on someone who’s always talking on Twitter but smiles in person but I held myself back. Today is not the day.

TWEETER 1: I’ve learned it’s better to just be the classy woman & let them be immature children.

VEE: it’s not about that it’s about respect, you don’t go around bashing someone on Twitter then smiling in their face that’s the fakest sh!t, & on top of that commenting on a mans life you don’t know SHIT about. I swear I hate a hypocrite.

TWEETER 1: oh TRUST ME. This girl bashes me daily & bullies me daily but face to face won’t say a word.

VEE: im not getting bullied or anything nor do I give a crap, but when I see someone I LOVE being bashed THATS when it’s a problem 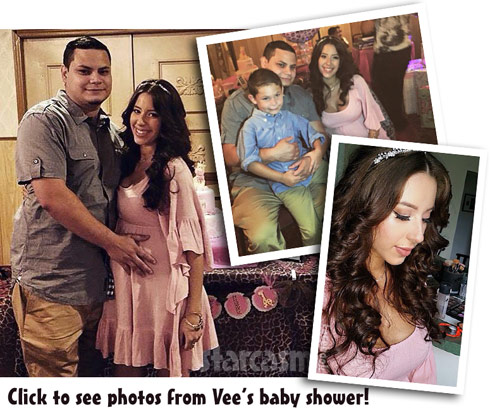 TWEETER 2: don’t let anyone get you down! Just focus on that beautiful baby girl coming soon!

VEE: trust me I’m trying! Not like being pregnant makes it easier, things make me even MORE upset lol! The struggle.

TWEETER 2: oh yea the hormones are the worst!! Lol I went the opposite way..crying at everything..big fun!!

VEE: not me. I just wanna curse mother f**kers out lol.

TWEETER 3: yes it must be tough to not say anything .The bs tweets are getting extremely sad & rude to make them look like better ppl

VEE: yup! When u get a chance to try & knock someone else down to try & make u look better tho… You already look worse.

TWEETER 4: we were upset for you!!

VEE: yea disgusting is probably the best word.. Although I can think of a few more.. God forbid I drop some tea

TWEETER 4: don’t pay no mind to them. If the roles were reversed he would be saying things a lot differently.

TWEETER 4: however if I was Joe I would put an end to the airing of dirty laundry. It makes things much more messier!

VEE: he really doesn’t care. He’s never even on social media. He could care less how people perceive him because he knows the truth. He rather be spending time with his son than revolving his life around social media. He doesn’t care for it AT All. We know what’s real.. He never proves sh!t to anybody he doesn’t need to.

TWEETER 5: & that’s all that matters. That child. But also he shouldn’t let them drag his name on the floor like that.

VEE: he truly doesnt care. Why waste time trying to prove yourself to a thousand ppl who don’t know you from a can of paint & gonna have their own opinion anyway. Lol he focuses on more important things. If he truly wanted to he could do some damage but he’s not like that. And that’s why I respect my man! If I gotta come on here & defend him I’ll do it with no regrets, but I damn well don’t NEED to. That’s just the type of girl I am though

lol. I stick up for mine I can handle whatever gets thrown at me 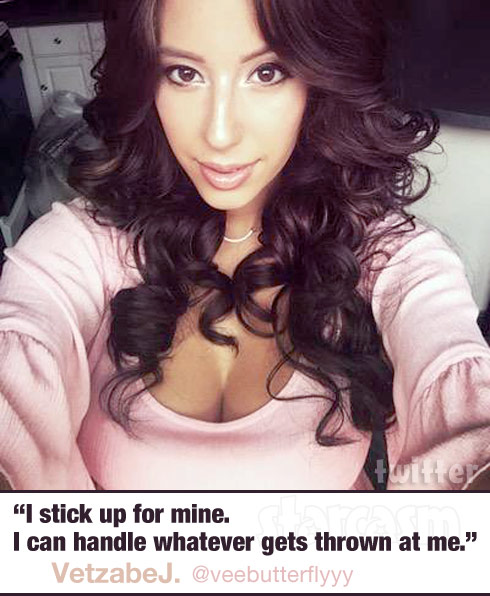 VEE: It’s Friday man.. We got family coming over this weekend. Leaving the bullsh!t for the birds. Have a blessed day everyone

And if you’re not much for the drama, prior to responding to Javi and Kail, Vee talked a little bit about her pregnancy and future plans:

TWEETER 6: congrats on being pregnant! Its overdue

so excited for yal and cant wait to see pics!! Kids are ♡

VEE: haha @ overdue. I always said I wanted to get pregnant @ 25 that’s what we agreed on, but I guess we just couldn’t wait lmao a year before doesn’t mess up my plan though so it’s good

TWEETER 6: it just makes your plans all that more fun! Just have another one when you turn 25

VEE: hell no! I think one is good for me. Just enough for me to spoil all my life

TWEETER 6: true! But youll change your mind soon! My oldest is 5 and my baby turns 4 next week..they are 17 mo apart.. they are bffs

VEE: get paid sh!t down here compared to NJ so once im done with that maybe I’ll think about it. But I’m pretty I prob won’t lol

TWEETER 6: when are you due?

TWEETER 6: have 1 baby or 7 lol tell Jo, youve done enough for him..so whatever you want, you def need to get

VEE: lol yea I don’t depend on anyone for anything that’s how I was raised. Jo is very appreciative though he tries to spoil me as

TWEETER 7: Tell Jo he will probably pay less in court… Do the Delaware calculator online & check 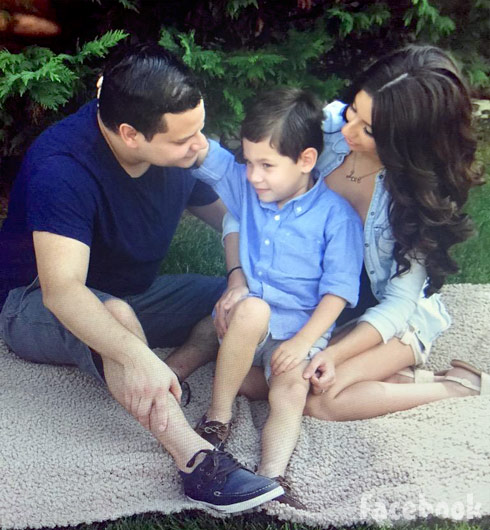 TWEETER 6: AND they dont care if u have other kids..prior born kids take top priority. At least in this f’d up state

VEE: no matter what happens I’ll always be sure to take care of me & mine though! & I support my man100% with w/e

TWEETER 6: thats all you can do! It sucks..but I honestly feel bad for the guys! Mst men get called deadbeat dads whn

VEE: don’t ever feel bad for us! We are happy and have a blessing coming. We’re the LAST people u need to feel bad for

TWEETER 6: you r just an amazing person! I feel like we shoukd be bffs lol we are like the same person..going thru the same bs

VEE: lmao aww you too! Has been very nice chatting with you & your boys are adorable.