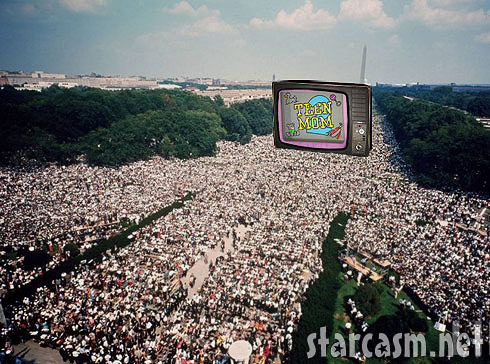 It seems television viewers can’t get enough of their Teen Mom drama! Earlier this year, the original franchise of MTV’s popular reality show franchise returned after a long hiatus under the Teen Mom OG mantle, and enjoyed a successful fifth season. Now, the super popular Teen Mom 2 is kicking ass on its new night as the top-rated original Thursday night cable show three weeks in a row! (The only reason the show couldn’t make it four weeks in a row? The premiere, which was actually the most-watched episode of the season, came in second to Shark Planet during the Discovery Channel ratings bonanza known as Shark Week.)

In addition to bringing in cable’s best numbers for live viewership, Teen Mom 2 is also filling up a lot of DVR space–it’s been the weekly top percentage gainer in +3 viewership for the season’s first three episodes! That’s the number one gainer for the week, not just Thursday night! The show, which is averaging more than 1.6 million live viewers, picks up another million each week within three days of airing. 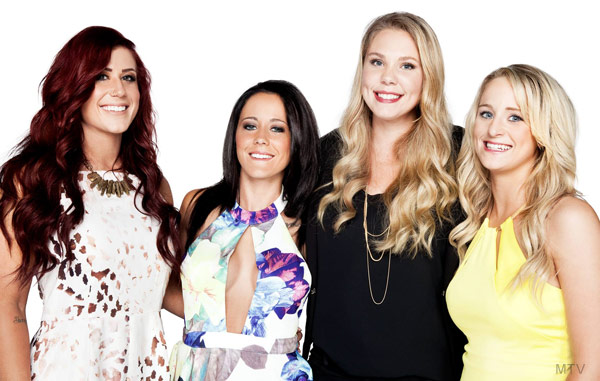 I feel I should mention that viewership in the television industry is measured not by raw viewers, but by total viewers between the ages of 18 and 49 years old. That’s because the demographic is the most important for advertisers, and determines a show’s actual value as a revenue-generating enterprise. For that reason, Teen Mom 2 may lose out to other original cable shows, like History’s Mountain Men, and Alone (which it did) in raw viewers, but is still considered to be the top-rated show because of its Adults 18-49 rating.

The same ratings are used to determine the top rated shows with +3 viewership as well.

OK, I’ll quit blathering all this TV industry math now — I just find it all really fascinating. 🙂 Suffice it to say that Teen Mom 2 is kicking ass and making MTV a lot of money.

New episodes air Thursdays nights at 10/9c on MTV — so be sure to tune in, or you can set your DVR like a million other people!

Source: TV By the Numbers