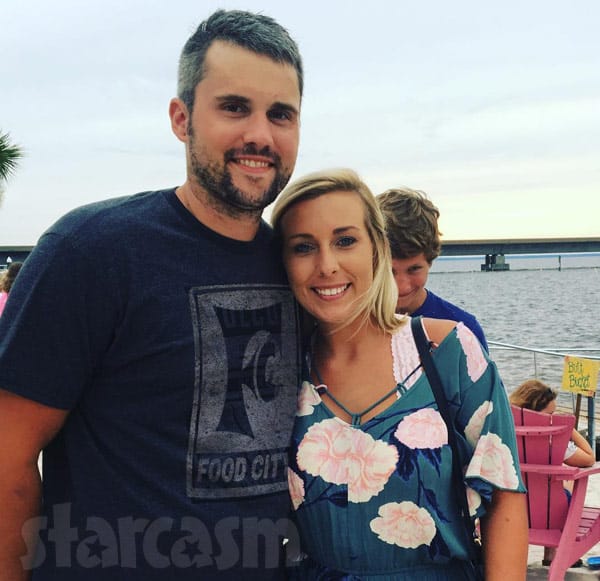 Just as pretty much everyone expected, last week’s racy hook up texts and scrotographs from Teen Mom OG dad Ryan Edwards to a young lady he met on Tinder were just the beginning. Now we have the text messages between Ryan’s Tinder trap queen and his wife, penis picture party pooper Mackenzie Standifer, who tells the woman: “It’s your fault” before asking how much money it would take “to shut your damn mouth.”

The latest installment of Tindergate come from Radar Online, who reportedly dropped a cool $400 for the scrotograph scoop — which may eventually generate more stories for the site than Jenelle’s book. According to The Ashley, the woman was posting about the conversation and photos in a Teen Mom Facebook group prior to selling them to Radar Online, including one of my favorite quotes of all time as she asked those in the group for advice: “Y’all: do I sleep with Ryan from Teen Mom and sell my proof, or have morals because he’s married?” That’s a tough one! But, it sounds like she managed to sell her cake without having to eat it too. (Or something like that.)

Anyways, Radar posted the new text messages between Mackenzie and Ryan’s Tinder trap queen (hereafter referred to as TTQ) in a series of gallery images that we will recap for you.

“No you will not be ‘hooking up,'” Mackenzie writes, along with a laughing cry face emoji.

“Soooo funnnyyyyy,” Mackenzie responded, before following that up by clarifying that she was being sarcastic: “Whatcha laughing about?”

“I’m not sure why you’re mad at me when it’s your husband’s fault” responds TTQ.”

“You’re just as much at fault,” Mackenzie argues.

“You’re right, I made him make a tinder and it’s my fault he’s a ****** person.” TTQ did not need to clarify that she was being sarcastic.

Mackenzie does not relent. “No but it’s your fault you cotinue [sic] to message a man that is married.”

“It’s not like I actually slept with him,” TTQ writes in her defense.

Mackenzie claps back: “Not for lack of trying.” 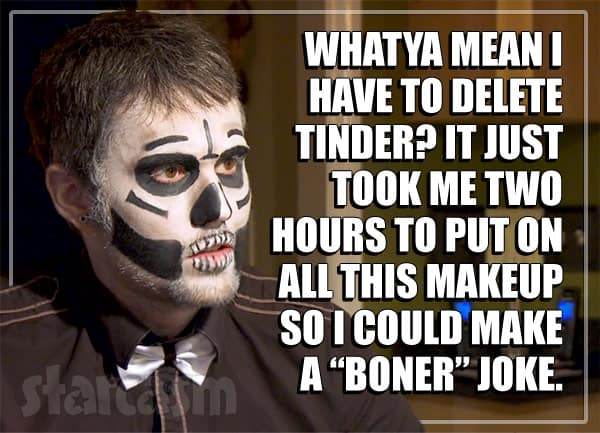 From that point TTQ argues that she never had any desire to sleep with Ryan, and later points out their age difference as evidence. “I’m 19, why the f**k would I want to sleep with a 29-year-old?”

Mackenzie loads her clapback rifle… “Same reason every other s|ut does.” BOOM!

TTQ iterates that if she were looking to hook up it, would be with someone closer to her age, before switching things up by telling Mackenzie “You deserve better than Ryan.”

That seemed to be a conversation killer, as Mackenzie’s last response (unless there is more) was her apparent attempt to feel out the possibility of paying TTQ to remain silent about the whole thing. “What’s it gonna cost for you to shut your damn mouth?”

It’s still unclear what TTQ’s price tag is for keeping her mouth shut, but it’s apparently $400 to open it.

BREAKING!!! We brought in Starcasm’s resident future predicting soothsayer and can EXCLUSIVELY reveal her remarkably specific vision of the rest of the BOMBSHELL text messages between Mackenzie Standifer and the woman Ryan sent pictures of his penis to in hopes of meeting up at the Food City off 58 for some Chatanookie! (I will not reveal how much we paid our soothsayer for this information.)

We will start where the other messages left off and pick up from there:

TTQ: If I want sex I’d choose someone a little cloer to my age and someone who’s actually cute ? still don’t know why you’re trying to blame me. You deserve better than Ryan ??

MACKENZIE: What’s it gonna cost for you to shut your damn mouth?

TTQ: Don’t worry about that, I’m already ready getting paid ???

MACKENZIE: Well I actually wrote a letter, an open letter to you because I’m really bad about coming up with things on the spot

DR. DREW: Let’s have her read the letter, OK?

DR. DREW: I’m not sure. Mackenzie tagged me in the conversation. So, what do you think? Can she read the letter?

MACKENZIE: Ryan’s Tinder trap queen, you texted me to my face, merely days after I had reminded you that Ryan is married, that you had known about his tawdry Tinder texting for more than a week. That’s 11 days; 2 hours; and 43 minutes that he might have made a successful run to the Food City off 58, and still, you said nothing. You let everyone know on Facebook that he was DTF, while concurrently exploiting Ryan and his propensity for penis pics. I had only known about it for two days before Ryan was shutting down his Tinder profile. You preach about making the right moral decisions. But, because you kept teasing my husband, that makes you the enabler, not everyone else that it’s blamed on. This is not reality television, this is actual reality. Instead of solving the problem, or doing what you could to make an effort to solve it, you decided to humiliate Ryan, humiliate myself and his entire family, but more importantly, you’ve humiliated our children for years to come. Helping Ryan doesn’t mean selling all of his problems to tabloid news outlets, it means being supportive — not kicking someone when he he hard — and respecting the privacy that we all so graciously deserve.

TTQ: You talk about privacy? Don’t sign up to be on a f**king TV show then. And I didn’t exploit you, your husband did.

Well, that took an embarrassingly large amount of effort, but it was worth it to make our previous tweet a reality:

#TeenMomShowerThoughts I wonder if Mackenzie is already writing her letter to Ryan's Tinder trap queens to read at the next reunion
???