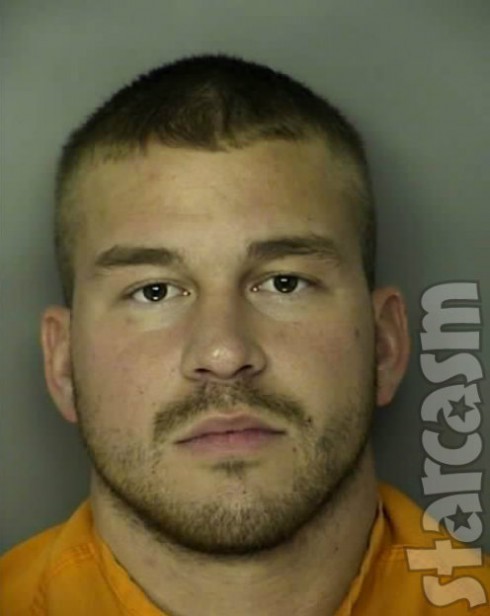 Nathan Griffith remains behind bars after his arrest for domestic violence on Wednesday. Nathan’s newest mug shot and the details of his incarceration were released this morning.

According to the Horry County Sheriff’s Department, Nathan was formally booked at 10:15 p.m. for criminal domestic violence. Although he has his share of run-ins with the law, this is said to be his first domestic violence offense. Bail has not been set.

WBTW reports officers were called to Nathan and Jenelle Evans’ home shortly before 5 a.m., but no arrests were made that the time. The couple then filmed with MTV before the second incident occurred around 4 p.m. Nathan was arrested at that point and was pictured leaving the home in handcuffs. MTV film crews appear in the pictures. 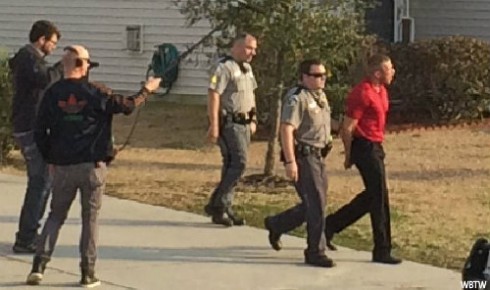 Neither Jenelle nor her newly created PR Twitter account has addressed Nathan’s arrest. However, she has taken to Twitter to post early Easter photos with her and Nathan’s son, Kaiser. It seems she’s also removed most mentions of Nathan on social media.

UPDATE According to the police report (via Us Weekly) Jenelle had been staying at a hotel, but returned to their shared home to pick up some things for school. At that point, they got into a verbal argument and Jenelle “went to the master bathroom and was sitting on the toilet when [Griffith] came [into] the bathroom and pinned her against the toilet… [and] wrestled her for the engagement ring.” She said Nathan removed the ring so forcefully that her finger got cut.

Nathan refuted Jenelle’s story, saying she “got upset with him and took the engagement ring off.” He claimed he “never touched” her.