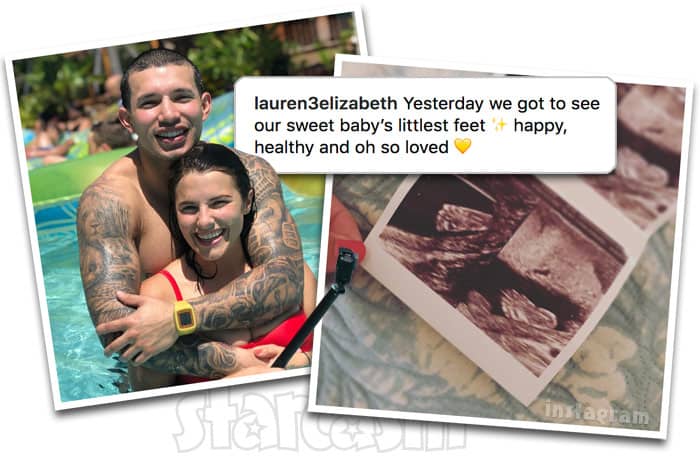 Teen Mom 2 dad Javi Marroquin is currently in South Carolina where his pregnant girlfriend Lauren Comeau is apparently still living. Being together this time around was especially joyful for Javi as he was able to attend his first doctor’s appointment with the mom-to-be, which included a brand new ultrasound session.

“Was able to make it to my first doctor appt today,” Javi tweeted on Monday. “The baby is healthy and right on track ??,” he added.

Meanwhile, Lauren posted one of the most recent sonograms in which you can clearly see both of the baby’s feet:

“Yesterday we got to see our sweet baby’s littlest feet,” Lauren captioned the photo, adding the ✨ emoji. “Happy, healthy and oh so loved ?.”

Unfortunately, for those of us trying to figure out just how far along Lauren is, the information at the top of the sonogram is too blurry to read. In case you missed it, there has been a bit of a controversy about Javi’s hook up timeline after his ex Briana DeJesus stated on a recent Teen Mom 2 after show that Lauren was six months pregnant at the time.

“I know she’s, like, six months pregnant,” Briana announced. “Me and him just broke up in February,” she added. Co-host Nessa asked Briana if she thought Javi cheated on her. “I’m 99% sure,” Briana responded.

In addition to the pregnancy timeline issue, there were also rumors swirling around that Lauren was engaged after she posted a photo in which she appeared to be wearing a ring on her left ring finger earlier this week. The fire was extinguished rather quickly, however, after folks realized the photo was taken in a mirror and it was actually her right hand. Here’s the original photo that sparked the engagement rumors followed by a recent photo of Laure with Javi and a group of friends in which you can see the same (or similar) ring on her right hand: 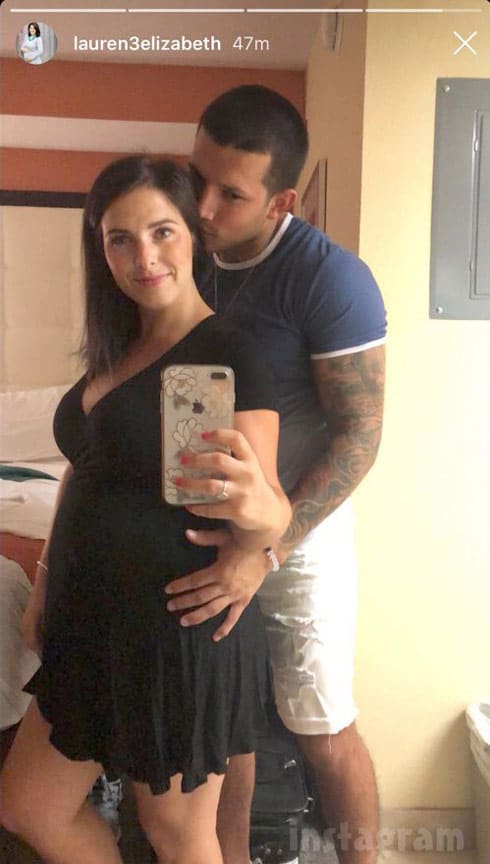 Meanwhile, the fact that Lauren is still in South Carolina has some fans confused because she posted in early June about moving at the end of the month. “Hey all! I am moving at the end of the month and selling some furniture,” Lauren wrote on Facebook on June 4. “Figured I’d post on here in case anyone locally was looking!” Her post included a rather lengthy list of things for sale, including multiple televisions, tables, a dresser and a rug. That hardly sounds like a list of things to sell if you are just moving across town!

In other Javi news, Chelsea DeBoer’s dad Dr. Randy Houska has been having some good-spirited fun at Javi’s expense on Twitter by joking about the amount of screen time he has been receiving, including this tweet from July 2:

We created a special image just for you Dr. Randy, including the Slade Smiley of Teen Mom 2: 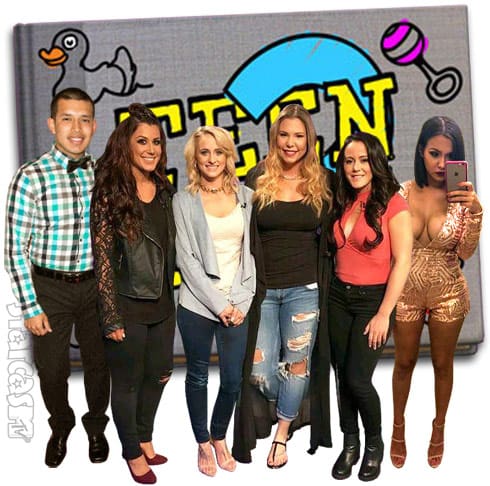