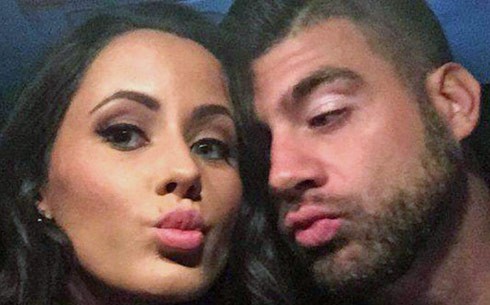 Jenelle Evans has shared some deets on her wedding plans with fiancé David Eason.

“We haven’t set a date, but we want to get married either this summer or next summer depending on how quickly we plan it. I’m saying next summer, but he’s saying this summer.”

The mom-of-three and dad-of-three have had themselves a busy month as they welcomed daughter Ensley Jolie Eason on January 24 and got engaged just before Valentine’s Day.

Evans emphasized how she hopes to keep things simple for her big day. “We know we want a rustic-themed wedding, nothing too fancy. Something simple, maybe backyard and outdoorsy. We want just close friends and family, not anything crazy,” she explained.

Evans, as she’s done often on social media, raved about her beau adding, “I want to marry David because he’s a great father, he’s a great best friend, he’s faithful, he’s loyal to me. It’s the best relationship I’ve ever had.”

Jenelle recently tweeted about how baby Ensley is already a perfect mix of her two parents:

She's starting to look like David but seems to already have my personality. ?? perfect mix of the both of us. https://t.co/FPxq5dy0vU