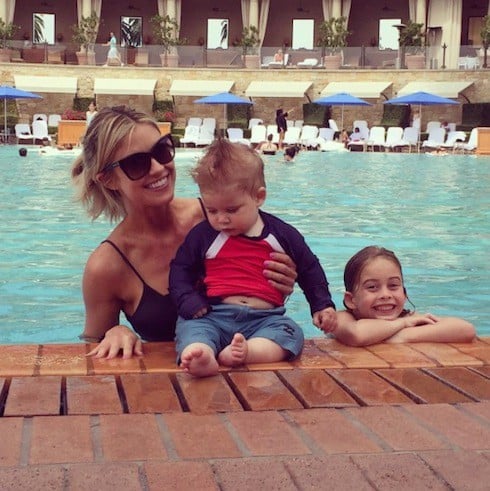 Are Tarek and Christina pregnant again? Flip or Flop fans are all a-twitter about the possibility, and speculation has reached a peak just as the couple get set to debut a new, summer-based version of their show. We first brought you news of a warm-weather spin-off several weeks ago, back when it was referred to as Flip or Flop: Selling Summer. It looks like that particular moniker has been dropped, but the basic concept remains the same, and new details courtesy of HGTV let fans know what to expect. From the press release:

This summer, HGTV will premiere five new episodes of its popular series Flip or Flop that showcase beautiful backyard transformations and outdoor living spaces. Beginning with the episode on Thursday, August 25, at 9 p.m. ET/PT, the outdoor-themed shows will feature Tarek and Christina El Moussa as they complete the home renovations that Flip or Flop fans love, while also highlighting stunning swimming pools, cozy patios and chic water features. The special episodes will premiere through Thursday, September 22.

It sounds like Tarek is especially stoked for the new twist on a familiar theme. “It’s the season for outdoor living,” he said, “so we’re showcasing the outdoor transformations of five properties. The results are astonishing—we create great looking backyards and increase property value.”

As for a third el Moussa baby? It seems at least one reason for all the “Are Tarek and Christina pregnant again” questions is this promotional photo for the new Flip or Flop episodes, in which fans claim they can see what looks like a little baby bump… 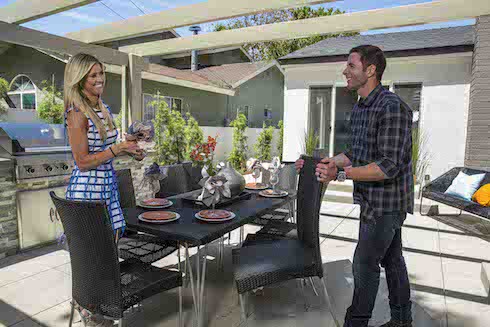 …and then of course one other reason might be the absurd number of adorable photos of her children that Christina regularly shares on social media:

Tune in tonight at 9pm for a VERY Special episode of #FlipOrFlop … Baby #BraydenJames is born ???!!! ? @hgtv @therealtarekelmoussa

Someone is SO excited about the Tooth fairy making her first appearance tonight! ???

Love them and the love they have for each other! ? thank you @bee_elise for the photos, best Mother's Day present ever ❤️

Whatever the cause, you can continue speculating to your heart’s content over new episodes of Flip or Flop when they air Thursday nights on HGTV.

RELATED ARTICLES: Are the Flip or Flop auctions real? Tarek and Christina explain how their hit HGTV show works