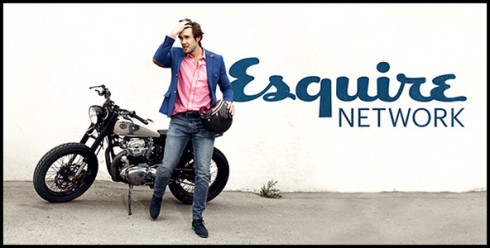 Starting Sept. 23, viewers trying to tune into Style Network will land on Esquire Network. The news was a surprise to even television insiders, as they previously believed Esquire would replace the G4 Channel.

The Hollywood Reporter obtained an internal memo written by NBCUniversal’s chairwoman Bonnie Hammer. In it, Hammer revealed the decision to cut Style is an attempt to focus the brands in NBC’s cable portfolio.

One of the hallmarks of our success is brand clarity. Our goal has always been delivery of compelling content by means of distinct, complementary brands, each in its clearly defined lane. With Bravo, E! and Oxygen, we offer unique takes on popular culture for an ever-broadening audience, including the all-important female demo. In pursuit of that same demo, Style presents brand overlap within our portfolio. Esquire Network, on the other hand, offers an opportunity to introduce a lifestyle network that speaks to an upscale male audience underserved in the current marketplace.

In other words, Style wasn’t performing nearly as well as its NBCUniversal peers. Giving Style the boot offers Esquire its best chance at success: Placing Esquire in Style’s spot rather than in G4’s will allow it to air in an additional 13 million homes.

The top concern for many fans is what will happen to Style Network shows. Although the specifics are largely unknown, the programs aren’t likely to disappear. For examples, THR anticipates Style’s Giuliana and Bill will likely move to E!, where Giuliana already works as an anchor. Other Style originals could make similar moves or could remain on Esquire… Even though it’s difficult to imagine Tia & Tamera airing in between American Ninja Warrior and Anthony Bourdain’s The Getaway.

Unfortunately, even if the shows are saved, NBCUniversal employees won’t be so lucky. THR reports the NBCUniversal will try to retain as many Style employees as possible, but could still result in 100 layoffs.

The channel change-up will take effect on Sept. 23… Now that the news is out, we should know more in the coming days about what to expect.