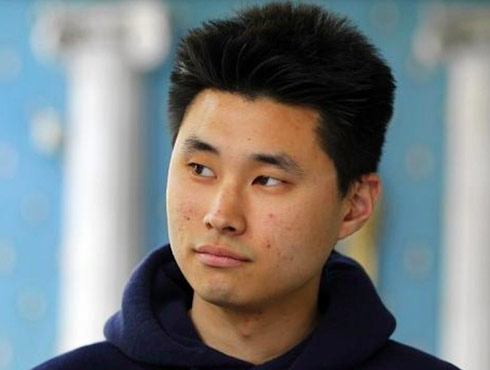 In April of 2012, Daniel Chong was arrested during a DEA raid of a house he was visiting that just so happened to have 18,000 ecstasy pills, other drugs and weapons located inside. The 25-year-old college student was at the location to consume marijuana and was taken to a DEA facility and placed in a windowless holding cell, handcuffed, without food and water and was told by the San Diego police officer who put him there, “Hang tight, we’ll come get you in a minute.”

During Chong’s unintentional incarceration, authorities had decided against pursing charges against him after questioning, he stated that he drank his own urine to stay alive, that he had visions of agents attempting to poison him through vents and that when he was becoming sure he would die alone in the cell, he attempted to carve a goodbye message to his mother into his arm with shards of glass from his eyeglasses he had purposefully broken.

After his journey through hell, Chong filed a lawsuit and the result is now a $4.1 million settlement between the young man and the federal government. There’s still no official word as to how all of this happened and no one has been disciplined. Chong said, “It sounded like it was an accident — a really, really bad, horrible accident.”

He was eventually discovered covered in his own feces and then hospitalized for 5 days for dehydration, kidney failure, cramps, a perforated esophagus and weight loss of 15 pounds.

Chong is now an economics student at the University of California, San Diego, and said he planned to buy his parents a house with the money from the settlement.