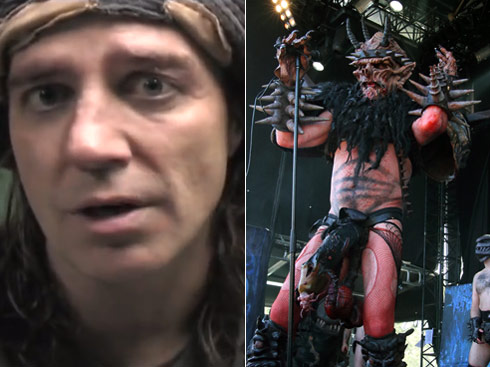 The founder and leader of the unforgettable metal band Gwar, Dave Brockie – a.k.a Oderus Urungus, was found dead in his Richmond, Virginia home at the age of 50.

“It is with a saddened heart, that I confirm my dear friend Dave Brockie, artist, musician, and lead singer of GWAR passed away at approximately 6:50 p.m. EST Sunday, March 23, 2014. His body was found Sunday by his bandmate at his home in Richmond, VA. Richmond authorities have confirmed his death and next of kin has been notified. A full autopsy will be performed. My main focus right now is to look after my bandmates and his family. More information regarding his death shall be released as the details are confirmed.”

The authorities do not suspect any foul play and as Flanigan noted, an autopsy will be performed to determine the cause of death.

Brockie told Style Weekly in 2012 of his band which labeled themselves the Scumdogs of the Universe, “We’re just a bunch of guys with warped senses of humor spit balling the most evil ideas that we could think of, to hold up a twisted mirror to the culture.”

Why Lorde doesn’t do selfies