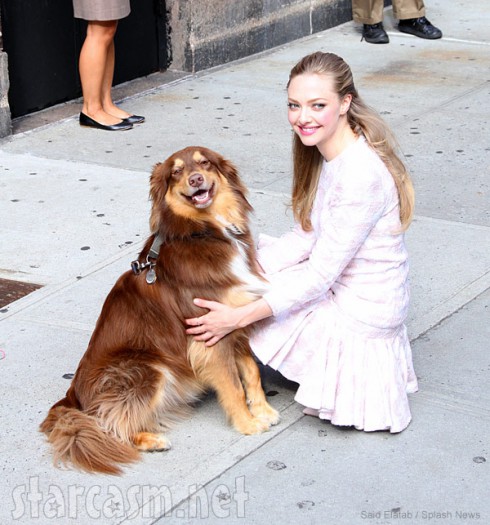 Amanda Seyfried was on Late Night with David Letterman last night to promote her new film Lovelace, but the real star of her appearance was her amazing dog Finn, a tri-colored Australian Shepherd.

He demonstrated a hamburger trick (that David Letterman tried to copy) and then sat in to be a part of the guest panel. If Letterman ever wants a sidekick, I’d suggest Finn. 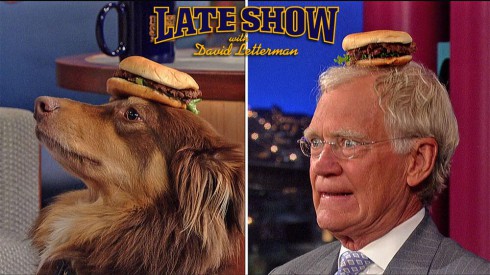 Kind of redefines what it means to wear your hair in a bun! [Cue: Paul Shaffer sound effect]

Finn is obviously a deep dog, and he even has his own Twitter account to share his thoughts and charmed life as a dog of a starlet. But Finn may end up being a bigger star than his mommy. Not only did he make a stellar Late Show appearance, but he’s been cast as a “character” in her next film. Amanda wouldn’t give up the name of the movie, but she told Ellen DeGeneres this May that it will be shooting in September. Amanda also has some cats, but she was sure to tell Ellen at the time “I love animals, but there is no animal has the same kind of place in my heart like Finn does.” 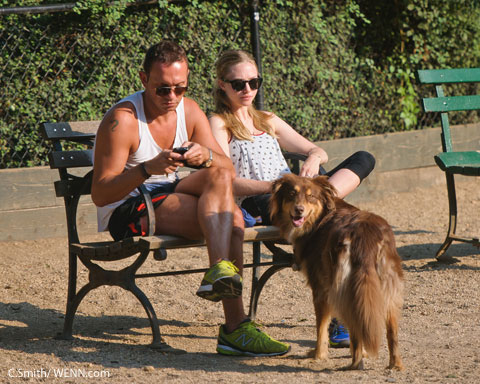 Amanda out with Finn last year. 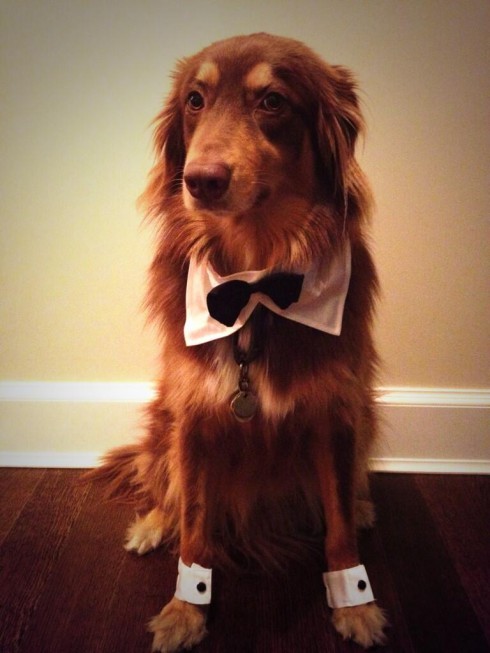 “How much does it cost?” – Kevin Spacey explains Twitter to Letterman

Pastor eaten alive by crocodiles while trying to walk on water