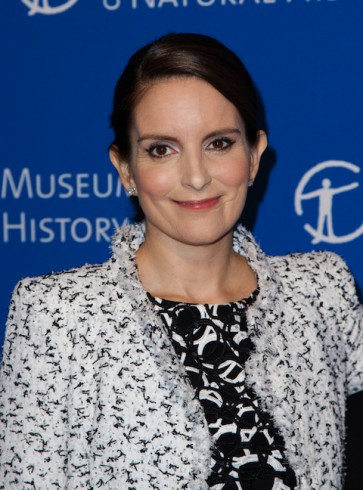 The terror attack on the Parisian offices of satirical newspaper Charlie Hebdo sent shockwaves through the entertainment world today, with many writers, actors, and comedians, issuing statements of disbelief and solidarity both formal and informal.

Tina Fey was at a Television Critics Association press event talking about this Sunday’s Golden Globes when she was asked about the events. “Obviously, that news is terrible and tragic and upsetting,” she said, before continuing:

You look at that and you look at the controversy surrounding The Interview, it makes you think about how important free speech is and how it absolutely must be defended. [We] cannot back down on free speech in any way. We all have to stand firm on the issue of free speech….We’re Americans, and even if it’s dumb jokes in The Interview, we have the right to make them. 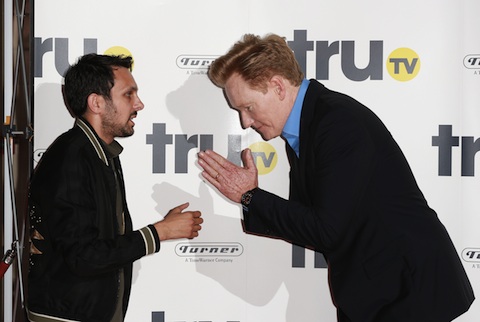 Conan O’Brien addressed the tragedy at the beginning of his show, telling his audience “In this country we just take it for granted that it’s our right to poke fun at the untouchable or the sacred.” A clearly emotional O’Brien went on: “It’s a right some people are inexplicably forced to die for.”

And it was Jon Stewart and the Daily Show who reminded everyone that comedy “shouldn’t have to be…an act of courage,” and that the people willing to have a conversation about difference are never the enemy, no matter how varied those differences may be. Stewart needed a full ten seconds to compose himself before beginning to speak:

Elsewhere, Louis CK, who is currently in the middle of his biggest concert tour to date, addressed the issue in his own way. He didn’t talk about the matter from the stage, but, instead, wore a plain red t-shirt onto which he wrote “CHARLIE HEBDO” with a Sharpie before performing to a crowd of over 10,000 at Madison Square Garden.