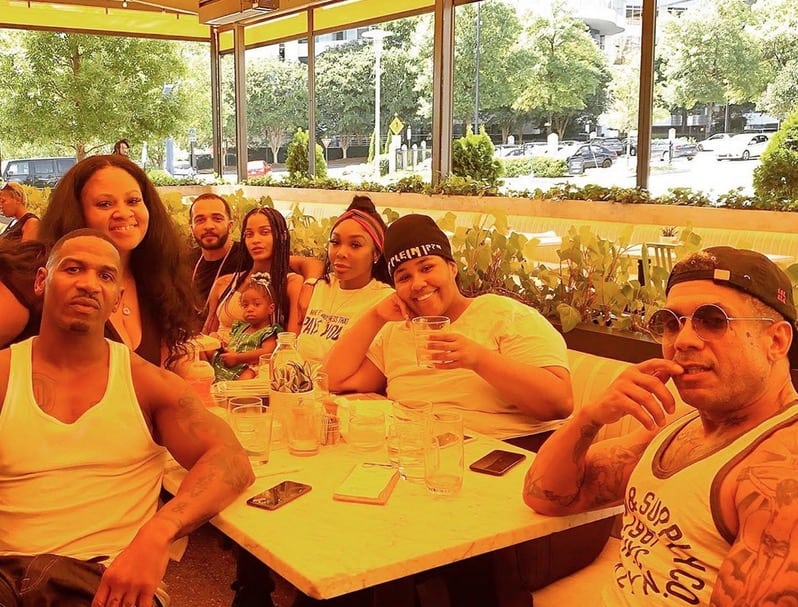 This isn’t the first time we’ve written about a Stevie J new show since the Hitman left the Love & Hip Hop Atlanta cast, so take the following with a grain of salt. But Stevie just dropped a potentially huge teaser for a new show featuring several of his LHH castmates — some of whom were on Love & Hip Hop until very recently (and may actually still be under contract). And the biggest tease of all is a possible reunion with the Puerto Rican princess herself, Ms. Joseline Hernandez.

Stevie shared the above photo on his Instagram page, and offered only a short, tantalizing caption: “Cast for my new show ?”, he wrote. He hasn’t given any new information since then, so Stevie was just as likely playing with his fans as he was getting them ready for a new reality TV adventure. Still, the possibility of Stevie getting the band back together with, from right to left, Benzino, Akbar V, Sierra, and Joseline and Bonnie Bella is too much to ignore. (Rounding out the photo are Joseline’s new boo, plus criminal, entertainment, and family law attorney Adamma McKinnon directly behind Stevie.)

For one thing, we know still-relatively-newlywed Stevie and Faith Evans’ attempt at a pilot for their own reality show seems to have gone nowhere since they filmed it earlier this year. For another, we also know that Joseline’s pilot appears to have crashed and burned over at WE tv. In other words, the two biggest names for this potential Stevie J new show would appear to have ample reason to get back together, business-wise.

We also know that Stevie and Faith’s new show was allegedly going to feature a pregnancy storyline right off the bat. While those rumors were never confirmed, the story is still something Stevie could sell to executives — assuming, of course, that Faith is both on board and willing to appear on camera. The fact that she’s not in this photo is telling.

Assuming that Stevie’s bride is willing to play along, though, it’s hard to see how any network could pass up a chance at such a big lineup. Joseline’s absence from LHHATL has been the single biggest viewer complaint over the past two seasons; watching her, Stevie, *and* Faith Evans fight, co-parent, and fight some more could easily provide enough material for a show, without even adding anyone else to the cast.