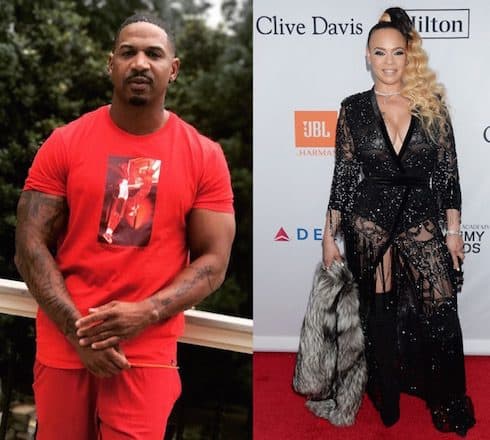 Wait a minute — did Stevie J and Faith Evans really get married in a quickie Las Vegas ceremony last night? The couple set rumors off themselves via social media, and the story has reportedly been confirmed. But it’s possible that the whole thing is just a ruse to drum up publicity for Faith and Stevie’s new single.

Here’s how the timeline looks. Very early this morning — at 1:26 this morning, to be exact — Stevie J tweeted out something at once cryptic and matter-of-fact: “I love you Faith Renee Jordan.” And then, not long after, Faith responded “I love you back Steven Aaron Jordan.” Here’s the exchange: 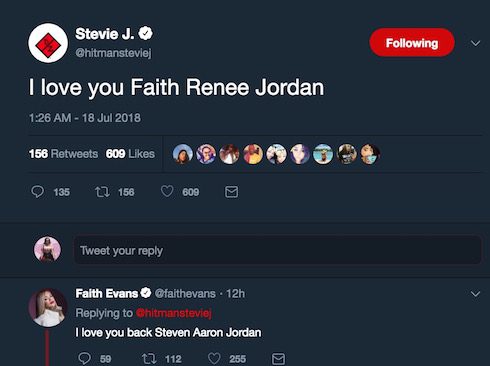 Naturally, the tweets sent Love & Hip Hop Atlanta fans into a tizzy. Stevie and Faith have been an on-again, off-again couple for a couple of years, going back to the time Stevie was dealing with allegations he had fathered a child with performer Candice Boyd.

And it didn’t take long for TMZ to report that the two were “THIS close to becoming Mr. and Mrs. Jordan,” after allegedly applying for a Nevada marriage license.

Finally, this morning, the site claimed that, yes, Stevie J and Faith Evans really did get married, “[tying] the knot in their hotel room” at about 10:30 PST on Tuesday night, July 17th. Which does line up with the time of the tweets, since 10:30 PM Pacific is 1:30 AM Eastern. On fact, if the two really were married by then, one of their very first acts as a married couple was to tweet out their love for another, along with their new names. It’s the 2018 equivalent of changing your Facebook relationship status at the altar, I guess?

But there’s another explanation that might make a whole lot more sense. Stevie, who has never shied away from faking a marriage for publicity’s sake, is dropping a brand-new track next week. The track features none other than Faith Evans. And, judging from the video tease Stevie and Faith both shared on Instagram, the full clip will be a steamy one indeed:

Joseline Hernandez, Stevie’s ex-flame and partner in marital publicity stunts, was also quick to throw cold water on the celebration in her best Puerto Rican Princess style. She shared the screenshot below, which appears to be a conversation between Stevie and herself from June 17th of this year, or exactly one month before Stevie and Faith allegedly jumped the broom: 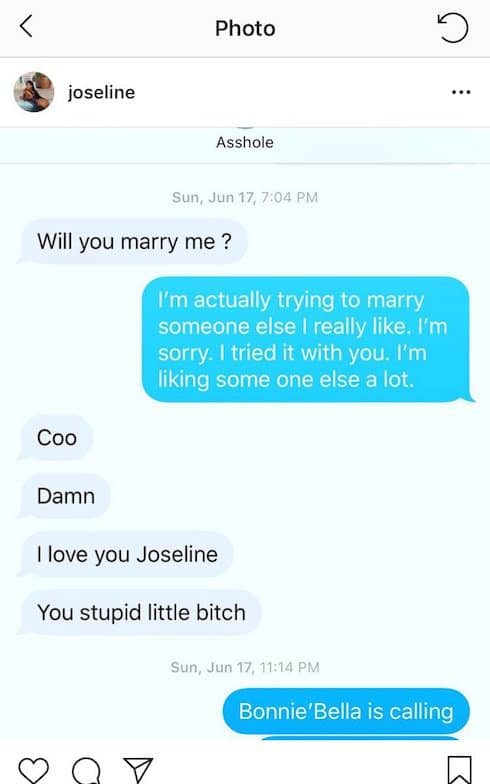 Love & Hip Hop Atlanta Season 8 is expected to begin filming this fall. Whether Stevie J and Faith Evans are really married or not, we can definitely expect the topic to come up on the show.