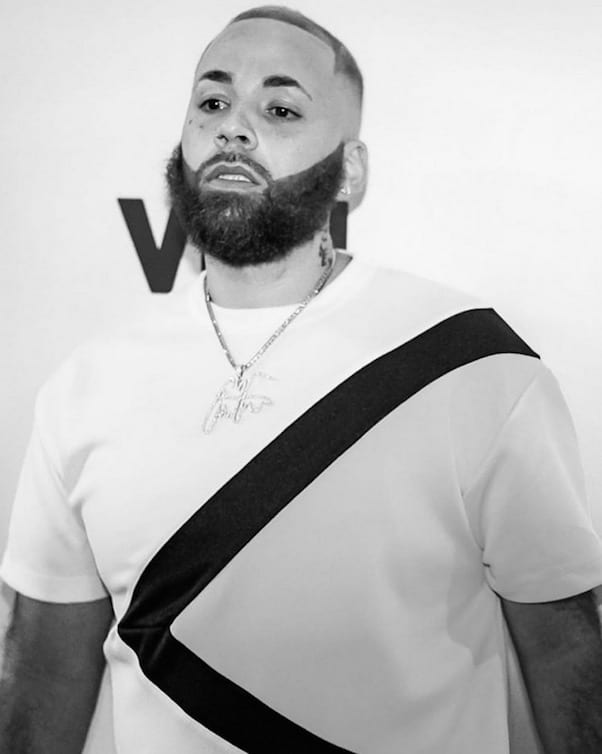 New Love & Hip Hop Hollywood cast member Antonio Velaz is not here for what he claims is the new production company’s fakery and deception. Velaz says the show’s producers cut and pasted audio of him to make it sound like he was ready to attack Apple Watts during Apple and Summer Bunni’s fight in this week’s episode. And if the situation isn’t resolved to Velaz’s satisfaction, he further says he’ll have to seek legal recourse.

In case you missed it, the scene in question was one of the episode’s big set pieces, featured in both the preview for the episode and the LHHH Season 6 super trailer. After news of Summer and A1’s affair became general knowledge, Apple Watts, who A1’s wife Lyrica Anderson called “a true friend,” tried to get Summer and Lyrica together to talk about what had happened. Of course, things did not go well, and within seconds of meeting — in reality TV time, of course — Summer was shouting at both women, and she and Apple had to be held back by security.

Toward the end of the scene, Antonio Velaz, Summer’s manager, is also being held by security, who are escorting him away from the mess. One security guard tells Velaz “You can’t be hitting females on set.” In the scene, Velaz responds, “I know, I know,” then appears to lunge away from the guards in an attempt at getting back to the fight. The implication is pretty much that Velaz would like to be hitting females on set!

Here’s the scene, via @RealityTVMovies:

Since the episode aired, however, Antonio Velaz has gone on record claiming some malicious reality TV editing is to blame for his role in the scene. In a brand new interview with Bagels and Shade, Velaz said his words were literally and figuratively taken out of context: that he said “I know, I know” in response to something completely different, while the cameras weren’t even rolling, and that producers cut and pasted that audio into the fight scene.

Velaz explained that while the fight itself was chaotic, things didn’t escalate as quickly as they appeared to in the finished episode:

At this whole point, let’s be honest — if it was you, you’re not thinking. You’re looking. Your blood is high up. You’re thinking about your safety; you’re thinking about the people [you know]. So, to remove me, I didn’t realize, they had Summer in the back and me up at the front. My view, as I’m looking, is this whole circle of people. I’m thinking, a) Is Summer fighting with somebody? b) Is Summer on the *ground* fighting with somebody?

So when I was trying to go, I said, ‘Hold on, hold on.’ That’s where they got that clip. I said ‘I know.’ They said ‘You know?’ I said, ‘I know they were not gonna let me fight.’ So the way they placed it — ‘I know, I know’ — like I knew I was gonna hit a female, when I clearly stated, not once, not twice, but three times what has transpired.

Here’s Velaz’s complete interview with Bagels and Shade. His explanation of what really went down during the scene begins at around the five-minute mark:

Velaz also appears to be aware that viewers are likely to dismiss his claims as just part of the reality TV game. He counter-argues that since the “I know, I know” audio came when his microphone wasn’t even hot, it’s unfair and potentially out-of-bounds for Love & Hip Hop Hollywood‘s new production company to mix his words back into the action of a scene:

Since the episode aired, Velaz said on Twitter that he’s taken his grievance to the production company itself, but that he’s ready and willing to take legal action if he doesn’t get satisfaction. We reached out to Antonio to see if he’d heard back yet, and he confirmed that “if they [the production company] don’t reply to” him, he’ll be calling his attorney.

We don’t know if the producers have the rights to every word spoken into their microphones during filming, but this can’t be the first time a reality TV cast member has had this complaint. Which is to say that a legal battle over creatively remixed audio (or video!) could be entertaining as hell, and have huge repercussions for the genre.