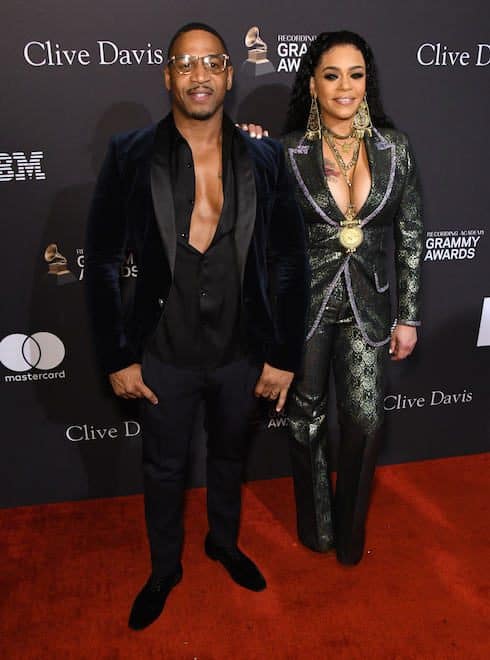 Faith Evans and Stevie J may be ditching the ATL permanently, in order to stake their reality TV claim West Coast-style. Word on the street is the two are making the move from LHHATL to Love & Hip Hop Hollywood after this season — that is, unless their own spinoff gets picked up first.

As we reported yesterday in our article on Faith’s alleged pregnancy, she and Stevie have been out in LA for some time, working on a secret TV project of some kind. It’s currently believed to be their own show, one that has a production company but no network commitment. However, now the gossip is that Stevie will be jumping ship from Love & Hip Hop Atlanta once LHHATL’s eighth season concludes early this summer, and will move over to LHHH instead.

Faith has lived in the Los Angeles area for years, after moving away from the South Jersey house Stevie actually loaned her part of the money to buy back in the day. And Stevie has supposedly been on the outs with LHHATL’s producers ever since he was reported to be close to getting fired for his altercation with Erica Mena at the Season 7 reunion last year.

So a change of scenery might have been the compromise solution. We’ll further point out that Love & Hip Hop Hollywood‘s new production company allegedly wants the show to focus more on romantic relationships and babymaking, meaning cast members who are good and boo’d up are more likely to be featured — and featured heavily — than folks without a mate.

And it’s not like Stevie has never tried starring in his own West Coast reality TV show before. Plus, he recently revealed that he won’t be a full-time cast member on LHHATL Season 8:

Not returning for a full season. No need

Just days after that reveal, Stevie further shared some behind-the-scenes footage and stills from what looks like he and Faith’s mysterious LA-based project. They only got married last summer, but it sure looks like Faith Evans and Stevie J have been hustling since then:

Everyone has a story to tell, our turn. #DaJordans