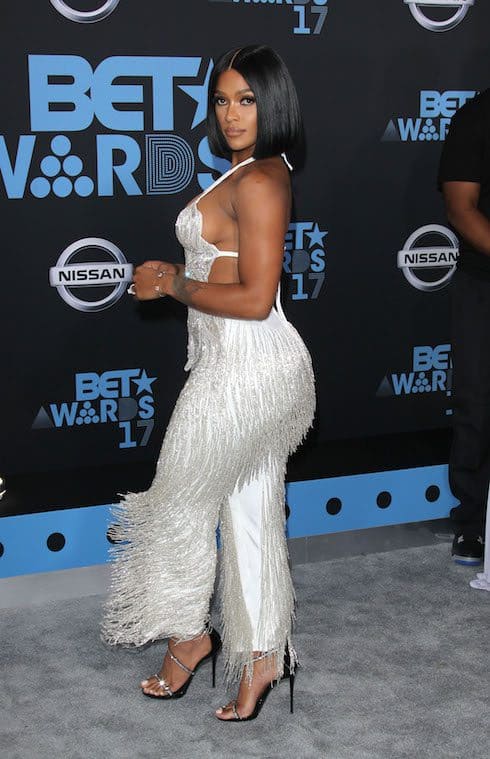 The Puerto Rican princess is coming back to TV! Former Love & Hip Hop Atlanta star Joseline Hernandez — whose absence this season has been probably the biggest single complaint from viewers — is about to start filming a show of her own.

Though her new home network has yet to make an official announcement, Joseline took to Twitter earlier today to confirm long-standing rumors that she’s getting a show on WEtv. The show, tentatively titled Joseline Takes Miami, is expected to feature the trials and tribulations of Joseline’s life as a single mother trying to raise her (adorable) little girl Bonnie Bella after pulling up her Atlanta roots and settling in South Florida. (Though we have to say that putting any distance between herself and Stevie J is bound to make Joseline’s life easier.)

Here’s the princess’ own comments on the Joseline Hernandez new show:

YOU CAN OFFICIALLY WELCOME ME TO THE @WEtv
IM ECSTATIC

Based on a shooting schedule that begins in July, it seems likely that we’ll see the first episodes of Joseline Takes Miami go head-to-head with Love & Hip Hop Miami Season 2 sometime in early 2019.

Joseline, you may recall, was long expected to be a part of the LHHMiami cast, and even seemed to be angling for headliner status while that show was filming its first season back in 2017. Things fell apart when Joseline’s fighting with baby daddy Stevie continued, and Stevie’s other baby mama Mimi Faust took out a restraining order against Joseline.

And then of course came Joseline quitting Love & Hip Hop Atlanta amid a feud with show creator and executive producer Mona Scott-Young — something that Joseline has since tried to walk back. For example, here’s Joseline sitting for an interview in the Essence studios last year, shortly after the feud peaked, alluding to some unspecified lack of “respect” from the LHHATL producers toward her.

Joseline’s comments on Mona begin at around the 4:30 mark:

You know, I really don’t have any beef with her, or anybody else. When you’ve been with a company for many years, and you’ve made them a lot of money, and you give budgets, and you focus your whole life and you give them your whole life, you…demand more respect, and you deserve a little more respect….reality, and being put together, and edited a certain way, people kinda don’t get to see who I am….Sometimes we just want a little more respect. ‘Cause it goes a long way.

Joseline was most recently in headlines earlier this year, when her former hairdresser called her a “coked-out scam artist” and accused Joseline of hoodwinking him out of $400 in hair care and hair care products.

Former The Real Housewives of Atlanta producer Carlos King will produce the show. Joseline Takes Miami is expected to debut sometime in early 2019.