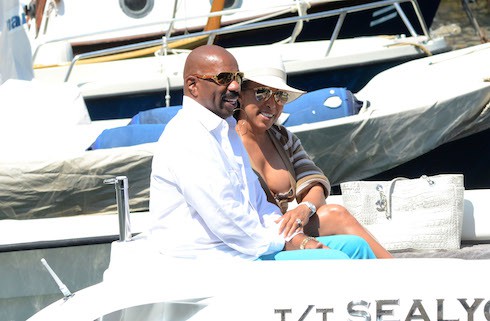 Steve Harvey was a professional stand-up comedian for over thirty years. He’s been a prominent talk radio host for over a decade, the host of Family Feud for half a decade, and the host of television talk show Steve Harvey since 2012. And he had TV shows before that.

All of which is to say that it’s difficult to remember a time when Steve Harvey was not a prominent part of the American cultural landscape. But that might be why the “Was Steve Harvey homeless?” question still crops up every now and again; it doesn’t seem the answer could possibly be “Yes.”

Harvey was homeless, though, and for quite awhile. He’s opened up about the extent of his poverty before, in order to help educate people about how to come back from their own.

Harvey began his career as a stand-up in the mid-80s, after already having tried his hand as a boxer, carpet cleaner, insurance salesman, and mailman. He also kept several of those jobs, carpet cleaner most prominent among them, in order to help pay the bills when he couldn’t find work on the road.

When a series of stand-up shows were canceled in the late 80s, though, Harvey found himself almost completely penniless, after divorcing his first wife Marcia and sending most of his money home to support his two children. So, he took the only real option left: he began living out of his car.

“I had nowhere to go,” he said, by way of explanation. “One or two gigs fell through, and suddenly I was homeless.” 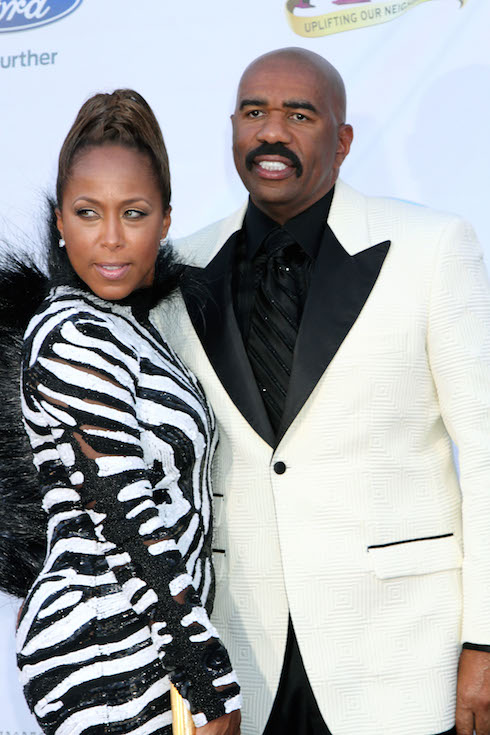 So, Harvey cleared out the back seat of his 1976 Ford Tempo. He used an Igloo cooler as a refrigerator, and scouted out available gas station bathrooms, or the occasional swimming pool shower, for places to bathe himself.

Though Harvey found somewhat steady work as a comedian, the money wasn’t enough for him to find a place of his own. Occasionally, out-of-town clubs would put him up in nearby motels for the duration of his weekend performances–but, beyond those brief exceptions, Steve Harvey was homeless.

“It was so disheartening,” he told People. “A week is really the maximum you can do. This was three years! It was rock bottom. But even in my darkest days I had faith it would turn around.”

Steve Harvey has been even more frank about his life during those years in radio interviews. In 2012, just before his final peformance as a stand-up, he spoke with Sway Calloway of Sway in the Morning–and addressed the discrepancy between now and then. “People see me today,” he began, “and they don’t know, you know, man, where I come from.”

Harvey also addressed the times he’d been arrested and shot (they begin at around 5:05 in the video below):

Luckily, Harvey did get the chance he’d been hoping for. He finished second overall in the Johnnie Walker National Comedy Search in the spring of 1990; exposure from that performance led to an offer as part of the host rotation for Showtime at the Apollo. Harvey landed the permanent hosting gig in 1993, after which TV, and further stand-up success, followed.

Now, Steve Harvey is a multi-millionaire, and splits his time between luxury homes in Chicago and Atlanta. He has seven children from three different marriages, and even decided to retire from stand-up comedy in 2012 so he could focus on his many other endeavors.