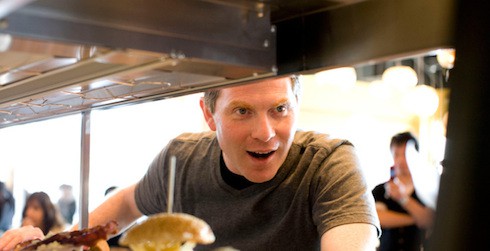 Stephanie March wants a divorce from philandering husband Bobby Flay. (Bobby Flay, as it turns out, has had many, many sexual encounters with women who are not his wife.) In court, the couple has kept things civil (ish) so far. But Stephanie March knows exactly how much Bobby Flay is worth, and says she’s entitled to half of that.

So: How much is Bobby Flay worth? According to documents March’s attorneys have filed, Bobby Flay’s net worth is around $20 million. That is a lot of money! March and Flay have a prenup, though. So that should be the end of the court battle. Right? 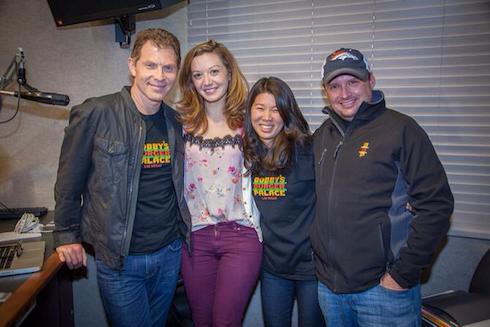 Not so fast, says March. She’s arguing that Bobby Flay has complimented her “amazing palate” over and over again during the course of their marriage, and that that amazingness has been essential to Flay’s construction of a food empire. So she’s looking for her soon-to-be-ex-husband to fork over quite a bit of money.

Flay is currently offering $5,000 per month for the next five years and $1,000,000 “in exchange for control of their marital home.” That’s all March is supposed to get under the terms of the pre-nup that both parties signed. If a judge throws the pre-nup out, though, state law says that March will be legally entitled to half of her husband’s estate–or $10 million ($10,000,000. It looks more impressive as a number).

The tough part for March is two-pronged. For one thing, a judge can’t throw out the pre-nup once it’s been notarized. If the couple had the document notarized after they both signed it, her legal claim to half of Bobby Flay’s fortune falls apart.

For another, March has to produce evidence of Bobby Flay’s infidelity. “It’s very hard to prove and win a cheating case because you need the evidence,” says entertainment lawyer Richard Roth. He didn’t specify what type of evidence is most helpful, or the easiest to find. Given that March has accused Flay of sleeping with women in their house (and possibly even in their bed), though, it might not be impossible to gather something up.

Where does Derick Dillard get his money? Duggar husband under fire for DC trip, Trump support