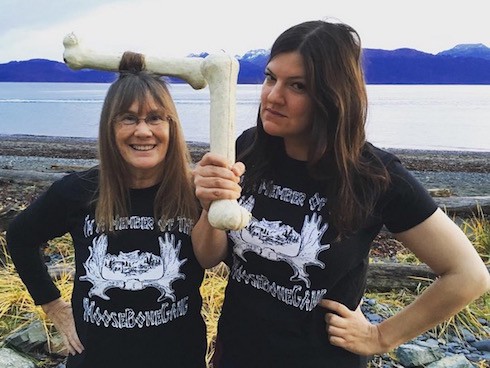 Alaska The Last Frontier may be well into its 6th season, but the public’s appetite for the Kilcher family’s adventures certainly shows no signs of waning. Thanks to a devoted fan following and some of the strongest ratings in cable, the show looks poised to be a Discovery Channel institution for years to come. Indeed, of all Discovery shows, only Gold Rush has higher weekly ratings. And the Kilcher Family net worth is certainly more than enough to support the stars, should they decide to give up their homesteading ways and move into town for a calmer way of life.

For one thing, the Kilchers are fairly prominent landowners around the greater Homer area. At 613 acres, their infamous homestead is the largest single piece of property the family owns, but, according to local records, they can lay claim to a further 207 acres in and around the city. But the homestead is hardly the most valuable Kilcher property; all told, the total value of the family’s real estate holdings is approximately $3.6 million dollars, and the homestead accounts for just over $800,000 of that total.

There’s also the matter of the family’s Alaska: The Last Frontier earnings to consider. As we reported earlier this year, it’s possible that the Kilchers, as established reality TV stars with a brand all their own, make approximately $7,000 to $10,000 per episode of Alaska TLF. Of course, that figure is likely much smaller for the lesser-seen family members (and the children, adorable though they may be). It is also possible that Discovery has the family signed en masse to an all-in, TV, licensing, and merchandising deal, similar in structure to the $100 million contract the Kardashians signed with E! in early 2015. However, Discovery never announced such a deal–and, given that networks generally publicize such contracts in order to maximize the value of the brand involved, it seems more likely that the Kilchers are paid per family member, in order to maximize their own scheduling and privacy.

But tie-ins do exist, as Eve and Eivin just proved with the release of Homestead Kitchen, their first Alaska: The Last Frontier-themed cookbook. The book appears to be selling well, and, though the couple didn’t launch into a full-scale publicity tour to promote it, they’ve been repping it hard on social media. In fact, the Kilchers’ whole social media presence and reality TV raison d’etre brings to mind one oft-overlooked element of any celebrity net worth inquiry: the cost of living in those celebrities’ chosen locales. As a rule, Alaska is one of the cheapest US states to live in; for homesteaders like the Kilchers, their day-to-day expenses are almost certain to be even lower than the average Alaskan’s.

So, while we don’t know if Eve and Eivin got a $300,000 advance for their first book, like fellow reality stars Chip and Joanna Gaines, we do know that their off-the-grid lifestyle means a dollar gets stretched, then stretched some more. The family grows, catches, or hunt a huge portion of what they eat, with Eve and her greenhouse leading the way. In fact, if you browse the Kilcher Family’s social media feeds, you’ll no doubt notice that a huge number of the photos they share have to do with either growing or preparing their own food!

Watching Alaska the last Frontier with Jane tonight, her photo from the fishing trip! #alaskatlf

My apples are looking beautiful this year. Finally a week of sunshine to finish them off nicely.

Salmon from the river, veggies from the land.

And, though she may have come back to the homestead for Season 6, it’s worth pointing out that any Kilcher Family net worth estimate has to exclude prodigal daughter Jewel, whose hitmaking ways are decidedly separate from the rest of her family 😉

One final jewel in the Kilcher Family crown? Eagles Rest, the 3200-square foot chateau Atz Kilcher crafted out on the homestead, which the family rents out to anyone who’s willing to make the trek. The house isn’t cheap–it costs $413 per night, on average (or $150,000 per year if it’s booked solid)–but the breathtaking views are exactly what Alaska TLF fans have come to expect of the show. And, if the multiple five-star reviews are any indication, the Kilchers make for gracious, inviting hosts.

RELATED ARTICLES: Alaska The Last Frontier are they paid? Salary estimates for the Kilcher Family

Is Caitlyn Jenner attracted to men, or to women?