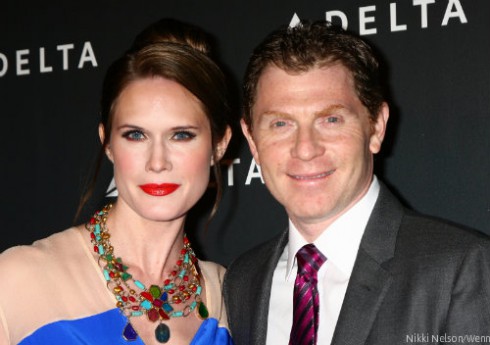 After 10 years of marriage, Bobby Flay and Stephanie March are heading for divorce, several sources confirm.

“There have been problems for a while, so this was inevitable,” an insider told People. “No one makes Stephanie laugh more than Bobby, so this was hard for both of them. They’ve been living apart for several weeks.”

The union really went south last year when, as TMZ reports, Bobby didn’t go to the hospital after Stephanie’s appendix burst until the following day.

“She was livid when, she claims, he said he was busy with work and had to leave before she was discharged but offered to send his assistant to help out,” TMZ reports. Other sources told Page Six Bobby was in another city and got there as fast as he could.

The history of rumored problems for Bobby and Stephanie goes back farther than that, including when Bobby’s questionable history with January Jones emerged following a 2010 accident.

Bobby and Stephanie married in February 2005, but didn’t mark their 10th anniversary together this year because Bobby was at a wine festival in Florida. Both have reportedly retained lawyers and are working through terms for a divorce. It would be Bobby’s third divorce and Stephanie’s first. They don’t have any children together.