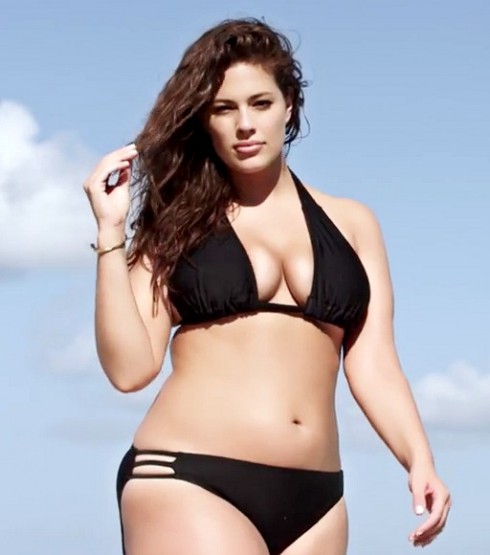 As with every year, the 2015 Sports Illustrated Swimsuit Edition will feature some of the most beautiful women in the world. But, for the first time, that group will include a plus-sized model, Ashley Graham.

“I know my curves are sexy and I want everyone else to know that theirs are too. There is no reason to hide and every reason to flaunt,” the stunning 27-year-old said in a press release. “The world is ready for more curves in bikinis.”

The gorgeous size-16 model has been an incredible spokesperson for the plus-sized modeling industry for years, starting back in 2010 when her Lane Bryant commercial was deemed too risqué for ABC. She said at the time, “The first thing I thought of was Victoria’s Secret commercials, and how they’re just as racy, if not more racy, than Lane Bryant. The models are just a lot smaller than what I am. ABC can’t handle bigger on TV, bigger boobs on a normal-sized woman on TV.”

She went on to cover Elle Magazine Quebec and land spreads in Harper’s Bazaar, Glamour and Latina. She is now the face of SwimsuitsForAll, which is currently running a #CurvesinBikinis campaign on social media.

In January, she told the U.K.’s Grazia that she’s proud of the “body revolution” happening these days.

“Women are slowly taking ownership of their bodies. There’s a great conversation happening where women are saying simply, ‘I don’t care anymore,'” Ashley said. “It’s a confidence that’s coming back to women who are saying, ‘This is who I am and you need to accept it.’ It’s powerful.”