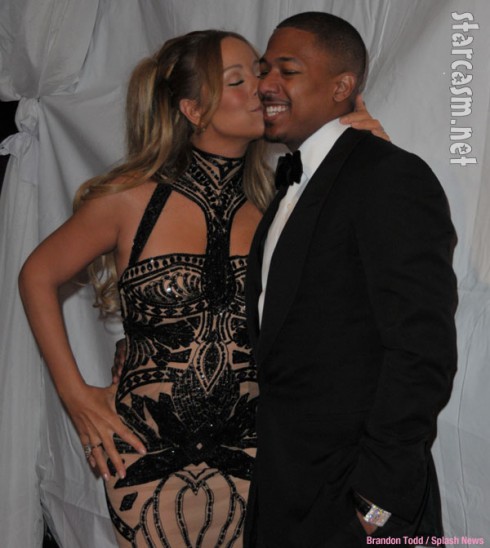 Nick Cannon looks a million times better tonight than when his wife Mariah Carey tweeted this photo of him in a hospital bed January 5, 2012. Nick stepped out looking dapper and healthy with Mariah at the BET Honors in DC Saturday night (January 14, 2012.)

The public didn’t get a lot of details, and you can’t technically have “mild” kidney failure, Nick was reportedly suffering from some form of kidney failure that was speculated to possibly be caused by dehydration worsened by the high altitude in Aspen, where he fell ill.

It’s good to see him looking well again! Plus, that dress Mariah has on is incredible!