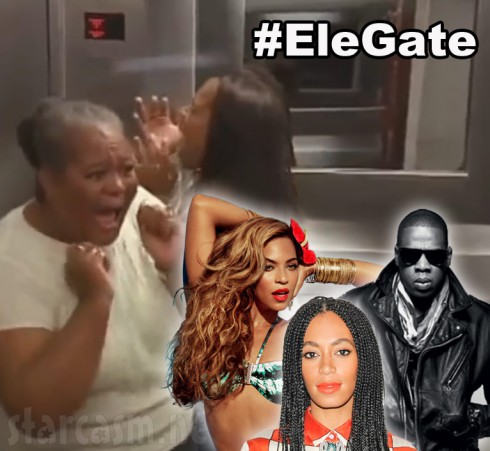 Solange Knowles has opened up for the first time about her elevator attack on Jay Z.

In an interview via Lucky, Knowles was dismissive of one of the most talked about celebrity news stories in years. She called the incident “that thing.”

“What’s important is that my family and I are all good. What we had to say collectively was in the statement that we put out, and we all feel at peace with that.”

The 28-year-old quickly moved on to other topics, keeping a clampdown on the whole crazy thing. The statement she referenced read in part, “But the most important thing is that our family has worked through it. Jay and Solange each assume their share of responsibility for what has occurred. They both acknowledge their role in this private matter that has played out in the public. They both have apologized to each other and we have moved forward as a united family.”

Since the fight, the trio of Solange, Beyoncé and Jay have kept a united front. Beyoncé even shared photos of them all together enjoying lunch down in New Orleans.

Solange said of the relationship with her sister, “We’ve always held each other down no matter what. That’s something I’m drilling into [Solange’s son] Julez now. I think about all of those phases that I went through and the ridicule and whatever that I experienced. And I can’t think of one time where I ever felt like I was going to break. That’s because I had confidence instilled in me by my parents. They didn’t always like it—in fact, most of the time they didn’t—but they never asked me to change.”

PHOTO “All The Single Ladies” of Teen Mom 2