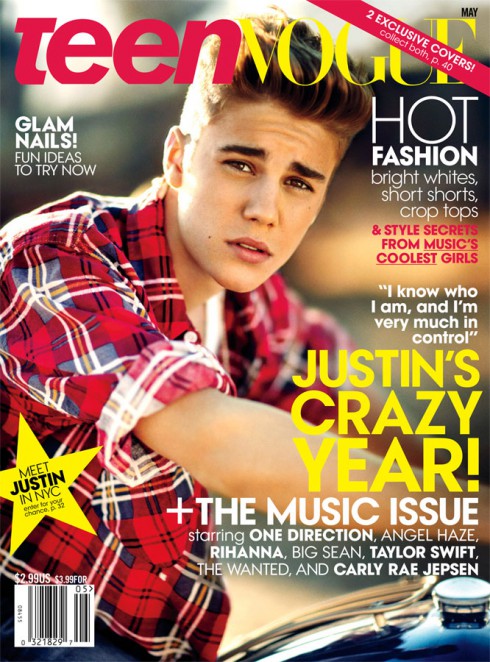 Justin Bieber has been in the tabloids for all the wrong reasons lately. The pop singer and his longtime girlfriend Selena Gomez split in December on what was supposed to be a lovers’ getaway. Since then, he seems to have been struggling a bit with his newfound single-hood. Between his violent confrontation with a paparazzo and his late arrival to a London concert, he seemed to be going through… something. In a new interview with Teen Vogue, Justin is opening up about the latest madness surrounding him, his inner circle, his critics, and his spiritual side.

“I know who I am, and I’m very much in control,” Justin tells the magazine. “I don’t need to address every speculation. Remember when Cam’ron dissed Jay-Z? Jay-Z didn’t even respond. Why didn’t he respond? He didn’t need to respond because he’s Jay-Z.”

However, just because he doesn’t need to respond doesn’t mean that Justin doesn’t sometimes want to. “I see so much stuff on the Internet, sometimes I just want to go to Twitter and just go after people,” he admits. “But then I just think twice: If someone is dissing me, I’m going to make this person way more famous by tweeting them.” 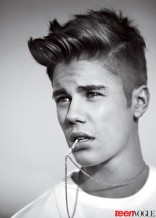 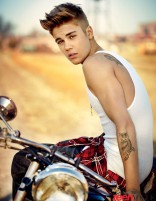 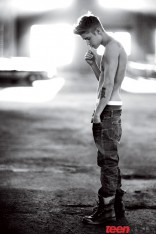 “There’s so much nonsense that gets out there that’s not true. I would rather spend time really interacting with my fans. You just have to keep your head high and be positive.”

One way Justin interacts with his fans is on Twitter. “My Twitter is really nice. I have so many fans that I rarely ever see a nasty tweet,” Justin says, adding, “I don’t read YouTube comments because those can get you sad.” 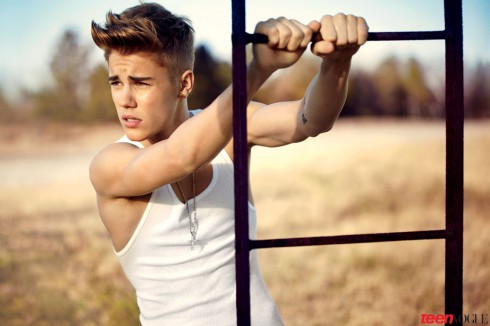 Despite his famous face, Justin has remained grounded and that can likely be credited to the people closest to him. So, who are those lucky devils? “My dad, my mom, Ryan [Good]. Ryan and Chaz [his friends from home]. [Lil] Twist is my best friend,” Justin reveals. “They don’t see me as Justin Bieber, but just see me as Justin.”

That small group of people are who Justin trusts and confides in and according to him, that’s all he needs. “I get good vibes from people all the time, and I probably could get along with them and be their friend, but now I just don’t trust anybody,” he explains. “Literally, my phone never rings. I only have, like, four people that I keep in contact with. I don’t need a bunch of friends to make me happy. I just need the people close to me that I love, that’s all.”

Also during the interview, Justin opened up about his spirituality and reveals why he feels God has blessed him the way he has. “I think that’s part of the reason I’m here. Not just because I’m talented, but because God had a purpose for me to just help people,” he says. “I’m spiritual … although I slept in [and missed] church yesterday. I haven’t been to church in so long, and I planned on going, and I slept in. I was upset. It’s all good. God forgives me.”

It sounds like Justin is really getting back on track — if he was even off track to begin with.