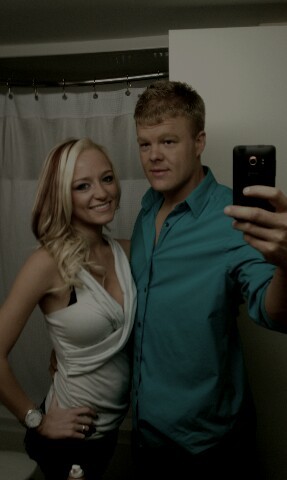 Will baby Bentley get a new sibling?

On Teen Mom tonight we’ll see Maci Bookout get a touch of baby fever. In the previews she asks Kyle King “When are we gonna make another baby?” to which he replies “Are you crazy?” In another clip she tells her mom “I really want another one,” and gets back from mom “Have you love your damn mind?”

So far, Maci’s episode of baby fever hasn’t resulted in a pregnancy, but as things get more serious with boyfriend Kyle, it’s definitely in the realm of possibility for the future, but as both Kyle and Maci’s mom point out, now probably isn’t the best time for a new baby. Maci is busy filming Teen Mom, and taking care of the responsibilities and new opportunities that being a reality star has opened upped, but she’s let her education slip a bit. The 20-year-old still has a lot of time ahead of her to complete college, but it would probably be wise to wait until things have settled down a bit in her life before Bentley gets a new brother or sister.

On the other hand, if Maci did get pregnant, it definitely wouldn’t be a bad situation. Maci seems to be a dedicated mother, and she has a lot of support with Kyle, her parents, and even for Bentley Ryan, and his parents.

As for what Maci would name a new baby, according to Hollywood Life, she told US Weekly she would like to keep with the luxury car theme, and name a son Royce (as in Rolls-Royce) but couldn’t because Farrah thought of that. Girl names Maci likes are Elle, or Jade (Kyle likes Jade too.)

What do you think? Should Maci and Kyle have a baby, or should they wait until they’re sure they’re serious about each other, and their lives are more stable?