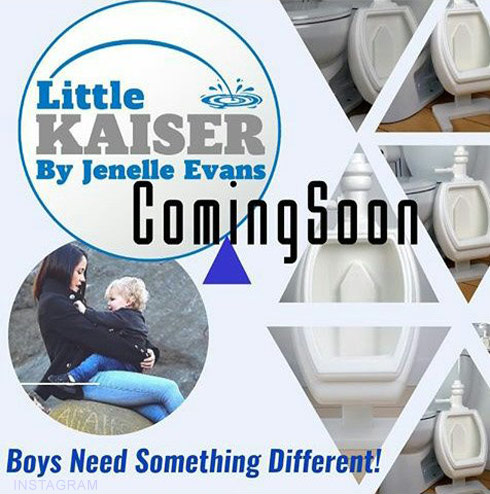 Teen Mom 2 star Jenelle Evans has really gotten into the Teen Momtrpreneurial spirit of late! In addition to promoting weight loss shakes, SnapChat plastic surgeons, and waist trainers, the reality star mom announced yesterday that she will soon launch a line of potty training urinals for boys, under the “Little Kaiser” brand name. But, thanks to the ever-diligent Jenelle-hater army, the launch may have been scrubbed before it ever even happened!

The big “Little Kaiser” reveal actually came courtesy of Jenelle’s manager, Johnny Donovan, who shared the photo above on Instagram and wrote, “So freaking excited!!! Cannot wait to show everyone this project I’ve been working on for my client [Jenelle Evans]. Super excited to launch #littlekaiser when TM2 airs on 3/21.”

Jenelle then tweeted a link to Johnny’s Instagram post, along with: “#LittleKaiser boys need something different !!! ?? new project we have been working on!!!”

As you might imagine, the responses were far from resoundingly positive, and it was quickly revealed that the “Little Kaiser” is remarkably similar to a potty training urinal called “Lil Marc,” which has been in production since 1999:

@PBandJenelley_1 @Johnnydonovan care to explain why Jenelle is stealing someone else’s product? pic.twitter.com/OShYU6418u

Here are photos of the Lil Marc, which appear to be the same ones used in the Little Kaiser photo shared by Johnny: 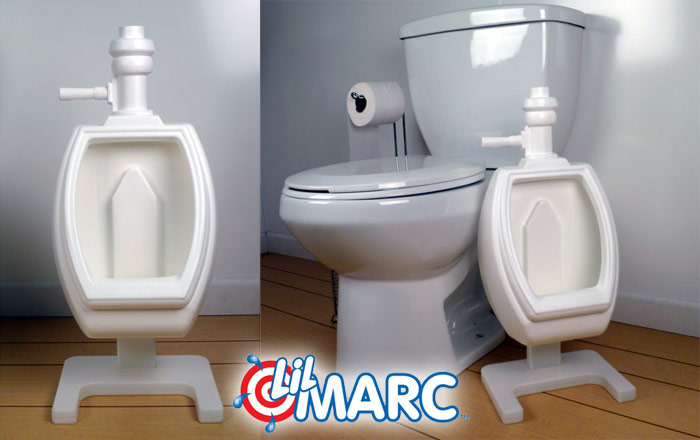 CLICK HERE TO PURCHASE THE LIL MARC FROM AMAZON.

Johnny Donovan responded to the tweet above with a surprisingly derogatory comment about the Lil Marc company, in which he claims they came to he and Jenelle with the idea of rebranding the product as the Little Kaiser. “We aren’t stealing it,” Johnny wrote; “there [sic] company went to sh!t and reached out to us for us to rebrand it learn your facts..” (Why would you say something so horrible about a company you are supposedly working with?)

Of course, that comment only got the Army more invigorated, and they shared contact information for the makers of Lil Marc and encouraged everyone to send them a message about the Little Kaiser — which apparently happened:

Well this is interesting pic.twitter.com/c5bL9jzbFa

The president of lilmarc is also denying any relationship with JE & Johnny & felt the need to send his own email pic.twitter.com/RTCqhuWSiQ

Johnny Donovan has since deleted the original “Little Kaiser” photo announcement, and it is unclear if he and Jenelle are still planning to move ahead with the product launch on March 21–the day that the new season of Teen Mom 2 premieres. Stay tuned!

It is FALSE that Jenelle Evans is working with us. Any use of our name or photos are unauthorized and a violation.