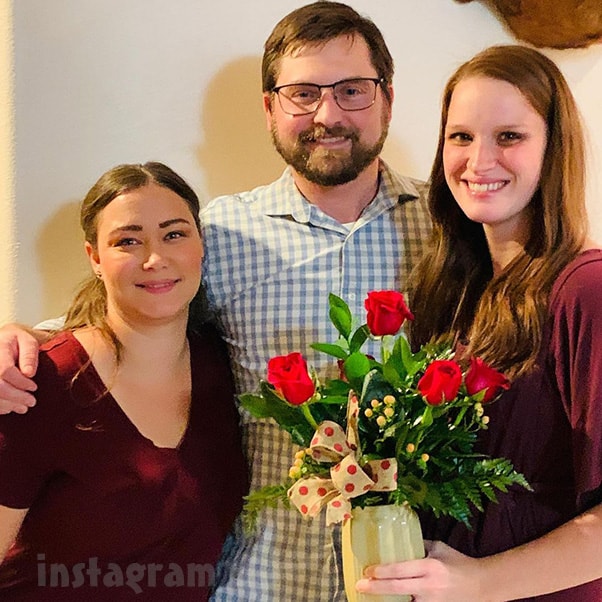 The Winder family from TLC’s Seeking Sister Wife recently sat down for a lengthy interview and updated fans on what has been going on in their lives since Season 3 filming stopped, and what might or might not be in store for them in the future — including Seeking Sister Wife Season 4, a new baby, and a new sister wife!

The interview is with Linda Antwi of The Melanated Way and the conversation clocks in at just under an hour. During that time, Colton Winder, Tammy Winder and Sophia Winder tackle a wide range of topics. I’ve cherry picked a few highlights for you here, but I highly recommend you watch the entire interview embedded at the bottom of this post.

Are the Winders looking for another sister wife? If so, how?

SOPHIE: We are talking to someone, but we don’t know where it’s going to go. We are interested in meeting her.

What we’ve always said is with this lifestyle, and the belief system that we hold regarding it, if there’s a woman that’s supposed to be a part of our family, then we are all open to adding her to the family. And I think all of us want a third wife.

I think that it would be nice to have kind of a balancing out. And I know that’s kind of the more surface things of, like, “Oh, if Tammy and Colton are on a date then I’ll still have someone home with me,” you know? That’s a small thing. But really, in the bigger scheme of things is we believe that this lifestyle helps provide growth — in a sense of our our personal growth, not just the growth of our family. And so being around someone else and their personality we think adds to our growth and to our overall picture, and why we live this way.

COLTON: We actually have not officially searched for a sister wife since, probably, like halfway through the first season that we were on. Since then it’s pretty much just been people that reach out to us that we’ve talked with.

Why didn’t Kimberly work out as a sister wife?

SOPHIE: With Kimberly, she was so sweet and loving, and we enjoyed having her here. And at the end of the day, we just didn’t have that feeling of knowing that she was supposed to be part of our family. It just didn’t feel right, and I think that that’s what we try and follow, why we talk about things.

Will the Winders be on Seeking Sister Wife Season 4?

(Will there even be a Seeking Sister Wife Season 4?)

COLTON: We really just haven’t even thought about a Season 4. Like, we’re not we’re not losing sleep over it. I mean, if they…would like us to be back we’d love to come back, but if it doesn’t happen we’ll just keep doing what we’re doing.

#SeekingSisterWife The Winder family continues to grow as they just announced Sophie Winder is pregnant with a girl! They also teased some good news coming soon in regards to Tami's fertility struggles! #AdventuresInWinderland #TheWinderFamily https://t.co/ujU32sd5pc

SOPHIE: This pregnancy has been way different, way different — especially with the whole pandemic and everything. I know it seems like things are starting to make a comeback again, but my life really hasn’t changed much. I’m always at home anyway, so I’m not too concerned about it. But I’m also planning a home birth this time.

I think that polygamy is a little bit more of a secular sort of relationship, whereas plural marriage for us is very specifically a polygamous marriage that is done very much in the eyes of God with very strong commitments, very strong covenants involved in the lifestyle that we live up to. And I think that’s kind of why maybe a lot of fans are sort of attracted to this is because we have such rigorous standards that we live by. And that to me is what plural marriage is, versus polygamy is kind of maybe more of just a free-for-all.

Polygamy being decriminalized in Utah

Tammy and I spent a day at our state capitol lobbying for the decriminalization bill, and we wrote to legislators and, you know, tried to drum up support with friends to write to legislators. I think overall that it had an impact. I’m not sure how big, though.

Even with the decriminalization to an infraction, Utah still has the harshest laws in the nation against polygamy because the mainstream LDS church was so determined to try and stamp it out, and they have a lot of influence politically in the state.

In most other states in the nation you can get convicted of polygamy if you have more than one marriage license. In Utah you can get convicted of polygamy if you claim to be married to somebody besides your legal spouse and if you live with them. Which, technically, if a couple was married and were separated for a couple of years, and one of them started living with somebody else, they could technically be charged with polygamy, even if they weren’t technically still with their legal spouse, if they had never taken the time to get a legal divorce. The law makes no sense.

#SeekingSisterWife CONGRATULATIONS to @TheWinderFamily as Sophie Winder gives birth to a baby boy! See the family's announcement with photos of Ephraim! Plus, Sophie shares her fertility struggles over the years, including a miscarriage. https://t.co/duqI4ym5sw

Linda Antwi on the Winders and Seeking Sister Wife

LINDA: I think there’s gonna be a Season 4 and I think that, again from a fan perspective, you guys are very refreshing because you’re open about all the things. All the things that could be hot button topics, I feel like you guys talk about them openly and honestly without being judgey, if that makes sense, or without shoving it down people’s throats. You’re, like, “This is who we are. This is how we live. This is what we believe.” And to be honest, you guys come across very kind…All three of you just seem very kind in your own individual ways, and I think that’s what makes it special. And I think that that’s what people are drawn to, you know? So for something that perhaps they don’t understand, or didn’t understand until meeting some of the families, I think that that’s what comes across from your family.

I hope to see you guys and more of your story and more of your journey. And what I hope to see a lot more of is this, you know, just debunking some of the myths. I know that we do this for entertainment purposes, obviously, but I think it also can be informational because oftentimes people, they don’t know what they don’t know until they don’t know it — if that makes sense. So if I didn’t know about plural lifestyles, or at least as much as I know now had I not watched the show, of course I could have Googled it and I could have read some books and all that stuff, but sometimes things are presented to you and you’re, like, “Oh, now I need to know more.” And I feel like that’s what’s happening with this show…I think it’s great.

For those of you wanting even more post-Seeking sister Wife Winder family authenticity, Sophie and Tammy have launched The Winder Wives podcast! The first episode is titled “Sister Wives, Fertility and a Baby Story.” There hasn’t been a second installment yet, but the best way to make that happen is give Episode 1 a listen!

The Winder Wives podcast is also available on Spotify and other podcast sites and apps.