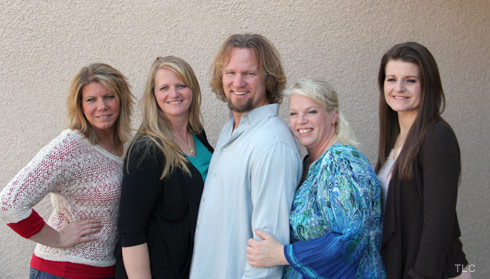 Polygamist Kody Brown and his family, stars of TLC’s Sister Wives reality series, filed a lawsuit in 2011 challenging the state of Utah’s anti-polygamy laws and on Friday U.S. District Court judge Clarke Waddoups issued his ruling on the case, essentially tossing out most of the laws declaring them to be unconstitutional.

The 91-page ruling (included below) pretty much legalizes polygamy in the state of Utah, striking down all the laws in the state forbidding cohabitation. “The court finds the cohabitation prong of the Statute unconstitutional on numerous grounds and strikes it,” Waddoups writes.

However, the ruling did leave Utah’s statute prohibiting bigamy intact, but only in the literal sense, which essentially means you still cannot fraudulently acquire multiple marriage licenses.

“It is with a great pleasure this evening to announce that decision of United States District Court judge Clarke Waddoups striking down key portions of the Utah polygamy law as unconstitutional,” wrote Brown family attorney Jonathan Turley in a blog post about the decision. “Despite the public statements of professors and experts that we could not prevail in this case, the court has shown that it is the rule of law that governs in this country. As I have previously written, plural families present the same privacy and due process concerns faced by gay and lesbian community over criminalization. With this decision, families like the Browns can now be both plural and legal in the state of Utah. The Court struck down the provision as violating both the free exercise clause of the first amendment as well as the due process clause.”

Kody Brown issued this statement about the ruling:

The entire Brown family is humbled and grateful for this historical ruling from the court today. Like thousands of other plural families, we have waited many years for this day. While we know that many people do not approve of plural families, it is our family and based on our beliefs. Just as we respect the personal and religious choices of other families, we hope that in time all of our neighbors and fellow citizens will come to respect our own choices as part of this wonderful country of different faiths and beliefs. There are so many families who have waited for so long for this ruling and, on their behalf, we can only say: thank you, Judge Waddoups, for your courageous decision. We want to particularly thank our lead counsel Professor Jonathan Turley who represented us through the criminal investigation and then led the fight against this law. We also want to thank the team of lawyers and students from George Washington, including our local counsel Adam Alba. We are so honored and blessed to have been able to serve as the vehicle for this milestone ruling. Professor Turley has pledged to defend this decision on appeal and we are equally committed to fight to preserve this great victory.

Kody’s sister wives Meri, Janelle, Christine and Robyn have expressed their joy over the ruling on Twitter:

I am overcome with emotion and gratitude. Friday 12-13-13 is a beautiful day. God is good! Thank you @JonathanTurley

My heart is so full of joy tonight. I am above all grateful to God and grateful for our legal team. God is so very very good.

I feel blessed beyond belief tonight. No words can express how I love being free! Thank you @JonathanTurley

I cannot express my gratitude enough! What a wonderful day!

“The decision affects a far greater range of such relationships than the form of polygamy practiced by the Browns,” Turley points out in his post. “It is a victory not for polygamy but privacy in America.”

Turley later expressed his admiration for Judge Waddoups for having the courage to make the ruling:

I must also thank Judge Waddoups who showed remarkable principle and integrity in rendering this decision. This law has been challenged dozens of times in state and federal court over the many decades. It took singular courage to be the first court not only in this country but any recorded decision to strike down the criminalization of polygamy. In doing so, Judge Waddoups stood against prejudice and considerable hostility toward plural families. In a single ruling, he reaffirmed the wisdom of our Framers in creating a court with life tenure and independence under our constitutional system. While the Supreme Court is often credited with the recognition of basic rights, it is often forgotten how the true profile of courage is found among those lower court judges who stood against prejudice and anger to follow the rule of law. It will be an honor to defend this decision in any appeal by the State and we are prepared to do so as far as the Supreme Court to protect this legal breakthrough.

Here is the full ruling, which is an amazingly informative read if you have the time:

Congratulations to the Brown family! We write a lot about reality programming but I’ve never written an article about the stars of a reality show being responsible for landmark legal decisions like this!

Now we will all have to wait and see if the decision will motivate Kody Brown and his family, or perhaps just some of the older children, to return to Utah. Sister Wives returns to TLC with eight all new episodes on Sunday, December 29 at 9/8c. I’m assuming and hoping they will be able to include the family’s reaction to the ruling in the finale. Up until that point, here’ what you can expect this season:

After months of preparation, the Brown family has finally moved into their new homes on the cul-de-sac. Kody and the Sister Wives – Meri, Janelle, Christine and Robyn – decide to throw a giant event to honor the eternal commitment Kody has made to each of his four wives and to celebrate their huge family being back together. But not all is as perfect as it seems; some of Kody’s marriages are still strained and the wives admit that they are not all as close to each other as they want to be. Combine that with Meri being distraught at the prospect of her only child moving away to college, and the Browns find themselves strained almost to the breaking point. A death in the family threatens to derail the giant commitment celebration, as the Brown’s try to pull it together for one of the most important days of their lives.